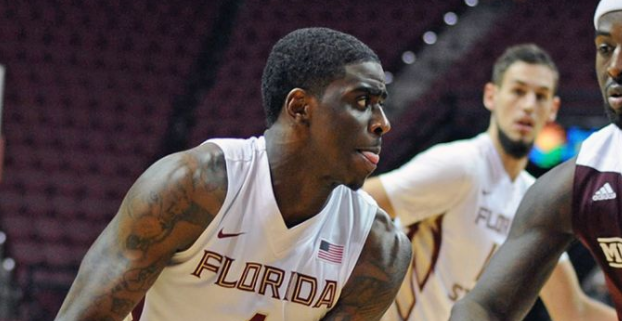 The Florida State Seminoles are 7-1 to begin the 2016-17 season — their best start since Toney Douglas was running point in Tallahassee. FSU ranks 22nd in the nation in offensive efficiency, according to Ken Pomeroy: 112 points per 100 possessions.

The Seminoles are led on offense by two former blue-chip recruits. For the second straight season, Dwayne Bacon is leading Florida State in scoring; the sophomore wing averages 17.1 points per game and shoots an efficient 50.5 percent from the floor and a tidy 43.2 percent on three-pointers (9.3 attempts per 100 possessions). With Malik Beasley now a member of the Denver Nuggets, Bacon has assumed a more pronounced role on the perimeter. Bacon is actually playing fewer minutes per game to start out the season and using fewer possessions. His usage rate is down to 26.8 percent, according to Sports-Reference.com, but his scoring is up, and across the board he’s made a profound leap, efficiency-wise (61.1 percent true shooting).

Jonathan Isaac is just seven games into his college career, but he’s already announced himself as one of the better freshmen in the ACC. Isaac, who sat out Sunday’s game due to a painful hip flexor injury, has scored in double figures every game thus far. He’s shooting 68.3 percent on twos; however, he’s shown accuracy from distance, too. The freshman has made 44.4 percent of his three-pointers and has five games where he’s made at least two shot from beyond the arc. Isaac’s true shooting rate of 68.4 percent is lights out and ranks third in the ACC — behind only John Collins and Torin Dorn. He also ranks fifth in the ACC in terms of player efficiency rating (29.9).

Xavier Rathan-Mayes isn’t exactly Chris Paul, but his playmaking has ticked up nicely during his junior season. XRM is currently averaging career lows in minutes (24.8) and field-goal attempts (8.3). Despite the reduction in minutes, Rathan-Mayes is handing out a career-high 4.5 assists. More telling, though: He’s dishing 9.7 assists per 100 possessions — another career high. It certainly doesn’t hurt that he has guys like Bacon and Isaac to run with.

Last season, Florida State played 10 guys between 10 and 30 minutes per night; however, that’s up in 2016-17. On their current roster, the Seminoles have 11 players who have played in at least seven of eight games and average 12-plus minutes of playing time. No one plays more than 26.6 minutes per game.

The Seminoles have five games remaining before conference play starts up. Only one of those will come against a team inside KenPom’s top 200 (Florida in six days). FSU should enter league action with 11 or 12 wins already banked. This could go a long way toward Hamilton and his crew making it back to the NCAA tournament for the first time since 2012.

If the Seminoles are going to get there, Isaac and Bacon will need to bring the…bacon.