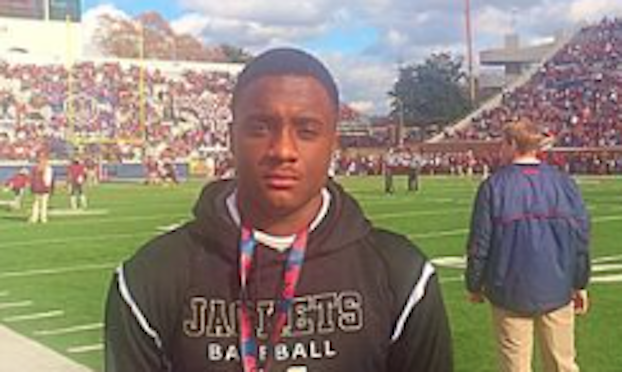 PARKER BOUDREAUX HAS IRISH IN TOP 5

IRISH LOSE TO MICHIGAN ON OL

The Irish missed out on 4-star offensive tackle Ben Bredeson, considered the top prospect in Wisconsin. The 6-5, 293-pounder out of Hartland committed to Michigan on June 17, announcing the decision on Twitter. Bredeson had visited Notre Dame in April, but new Michigan coach Jim Harbaugh was able to earn a big win over the Irish on the recruiting trail. Bredeson also had offers from Miami and NC State in the ACC. Alabama, Auburn, Wisconsin, LSU and Ohio State had also offered him.

Notre Dame offered 4-star athlete Malcolm Askew, a 6-0, 175-pound class of 2017 prospect out of McCalla, Alabama. Askew tweeted the news on June 17, pointing out that the Irish were the 33rd school to offer him a scholarship. Among the other schools to offer Askew are Alabama, Auburn, Georgia and Ohio State. Askew had 50 tackles and five interceptions while playing defensive back last year and caught 30 passes for 536 yards on offense.

Head coach Brian Kelly spoke openly about Notre Dame’s academic standards, in the wake of several high-profile Irish players losing time on the field and court due to grade issues. “I think we recognized that all of my football players are at risk. All of them, really,” Kelly told the South Bend Tribune. “Honestly, I don’t know that any of our players would get into the school by themselves right now, with the academic standards the way they are. Maybe one or two of our players that are on scholarship. So, making sure that with the rigors that we put them in — playing on the road, playing night games, getting home at 4 o’clock in the morning, all of the demands that we place on them relative to the academics, and going into an incredibly competitive academic classroom every day — we recognize this is a different group. And we have to provide all the resources necessary for them to succeed and don’t force them into finding shortcuts. I think we’ve clearly identified that we need to do better. And we’re not afraid to look at any shortcomings that we do have and fix them.”