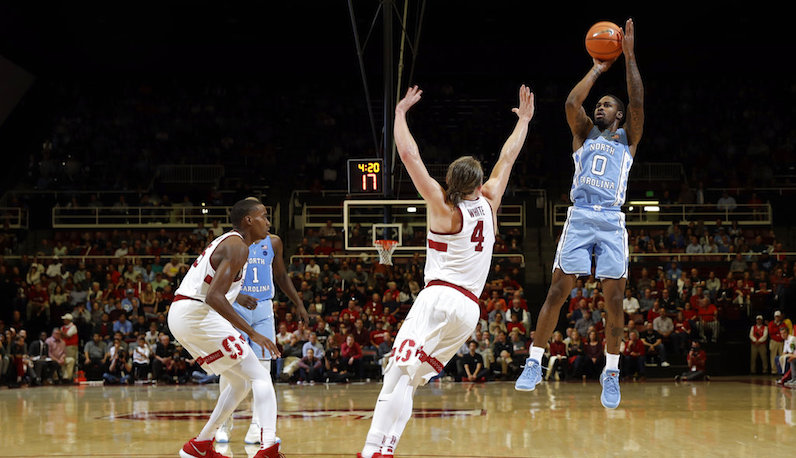 North Carolina has been chugging along for the past month despite the absence of one of the team’s backup guards. Sophomore Seventh Woods suffered an early December stress fracture to his left foot. While the injury didn’t require surgery, it did require Woods to wear a boot throughout much of December.

Williams mentioned during his Jan. 8 radio show that Woods is no longer wearing the boot or using crutches. But he hasn’t yet been cleared to run, and Williams didn’t give any specific timetable for when he might be able to fully practice again. Although initial prognostications put Woods out for four weeks, it could realistically be early-to-mid February before the Tar Heels feel comfortable reinserting Woods into the rotation.

What UNC is missing

Prior to his injury, Woods was averaging just under 11 minutes per game for the Tar Heels. He wasn’t making a significant impact offensively, averaging just over a basket per game – 2.4 points an outing. But he was doing a nice job distributing the ball. Woods has a better than two-to-one assists-to-turnovers ratio (12 to 5) in his time on the floor for UNC this season. Woods had at least one assist in all seven games he played in before the foot injury. Woods had multiple assists in three games, including four assists in the UNC’s over Michigan. Woods had also shown promise on the boards, picking up four rebounds in Carolina’s victory over Portland in late November.

Perhaps Woods’ biggest role for UNC was serving alongside Jalek Felton as Joel Berry’s backup point guard. Now there’s more pressure on Felton to perform on a game-by-game basis without Woods available to step in. The Tar Heels will be under real pressure if Berry goes down again, as he did early in the season with a freak video game-related hand injury.

Although Woods has missed a significant chunk of the season, he’s still positioned to make an impact for the Tar Heels down the stretch. Woods won’t be expected to play a major role for the Tar Heels as long as Berry is healthy. But he can serve as a key situational player should Berry get in foul trouble or need a break. Woods hasn’t been a reliable 3-point shooter at the college level, but he can get the occasional rebound or steal. And he’s proven this season that he can effectively work the ball around to his teammates.

If Woods can make it back by mid-February, that will give him a couple of weeks to get his stamina back. It will also give him time to get his shooting touch back. If it all works out, Woods would be right in the mix, back near full form, just in time for March Madness.