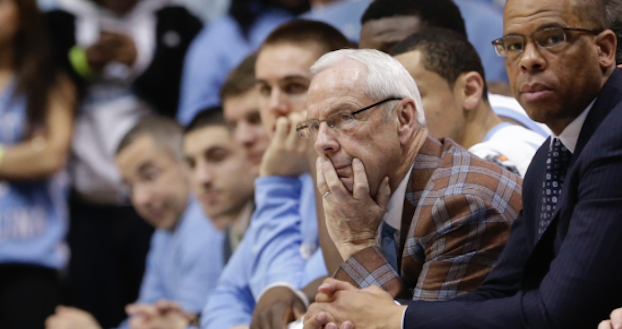 Roy Williams and his staff are still awaiting their first commitment from the 2016 class. (AP Photo)

North Carolina is still waiting on its first basketball commitment in the 2016 class, but on Friday, the Tar Heels made the cut for one of their top targets.

According to Jeff Borzello of ESPN, point guard Seventh Woods has trimmed his list to four schools, with Florida, Georgetown, South Carolina and UNC making up the group of favorites. The Columbia, South Carolina, prospect has had an offer from Roy Williams’ program since October of 2013.

Woods is considered a 4-star recruit and the No. 31 overall player in the class of 2016 by Scout.com.