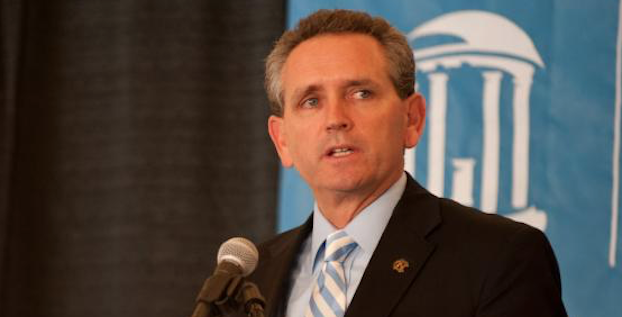 UNC publicly released its response to its amended notice of allegations from the NCAA on Tuesday. The university’s response, which was submitted to the NCAA on Monday, marks another step toward the end of a case that, in some ways, began in the summer of 2010.

The ANOA includes five allegations that the school is facing. UNC has accepted two of those violations, while it is challenging the others.

Two main takeaways: UNC is arguing that some of the allegations it is facing don’t fall under the NCAA’s jurisdiction, and it believes that old information that was available prior to the resolution of its last NCAA case is being used against the university again in this current case.

A summary of how the school is approaching each allegation in the ANOA:

Allegation 1 (Academic counselor Jan Boxill providing extra benefits): UNC acknowledges that Boxill’s actions “fell short of the University’s own standards” but does not believe it constitutes as unethical conduct as defined by NCAA bylaw 10.1-(c). The school’s response states that if the if the hearing panel agrees, then it should be treated as “at most” a Level III violation.

Allegations 2 and 3 (Former AFAM chair Julius Nyang’oro and his assistant Deborah Crowder failing to cooperate with the investigation): The university accepts both allegations.

Allegation 4 (Failure to monitor ASPSA): UNC disagrees with part of this allegation. It accepts that it failed to monitor Boxill, but it doesn’t believe it’s the athletic department’s job to monitor the academic side.

Allegation 5 (Lack of Institutional Control): UNC does not agree with the allegation. The response states that the school’s academic irregularities are the “proper subject of review by SACSCOC,” which is the university’s accrediting agency.

In a conference call, North Carolina athletic director Bubba Cunningham did not speculate on whether or not there would be any self-imposed sanctions. He did, however, state that the women’s basketball program and coach Sylvia Hatchell have his complete support.

The NCAA has 60 days from the date it received UNC’s response (Monday) to, well, respond to the response. It will then schedule a date for the university to go before the Committee on Infractions. That meeting is expected to take place in October.

After the school goes before the COI, roughly 8-12 weeks will pass before the committee releases its report. That report will include any sanctions.

That doesn’t guarantee that a resolution will be reached 8-12 weeks after the hearing. In its last NCAA case involving major violations, UNC went before the COI in October 2011, but sanctions weren’t handed down until March 2012.

After the committee issues its report, the university will have an opportunity to appeal. Whatever verdict is reached after the appeal will be final.

STAY CONNECTED: Get alerts on the NCAA’s response for free when you sign up for Basic Access.

RELATED: Hear David Glenn break down what’s next for UNC.