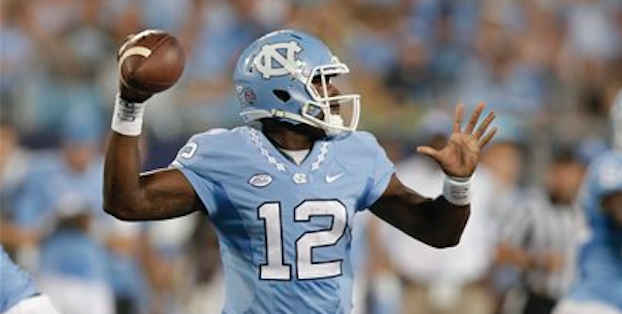 Following a junior season that yielded second-team All-ACC honors, Marquise Williams entered his final year as North Carolina’s starting quarterback with high expectations. In July, the senior received six votes for preseason ACC Player of the Year, and he was one of the top three vote-getters for preseason All-ACC quarterback.

Williams’ success at the college level doesn’t come as a shock, especially given how highly rated he was coming out of high school. As part of the 2011 recruiting class, he was considered the No. 9 dual-threat signal-caller in the nation.

Looking ahead, UNC could be loaded with depth and talent at quarterback in the future if the players behind Williams also live up to expectations.