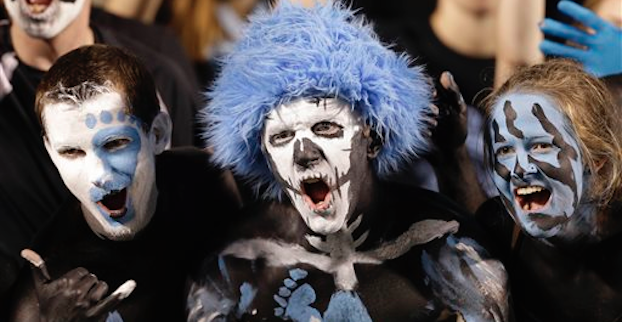 Glad to announce that I am committing to the University of North Carolina #GDTBATH 🐏 pic.twitter.com/IO6jDb493S

A consensus 4-star prospect, Jones is the fifth top-300 prospect to pledge to UNC this cycle, according to 247Sports composite rankings. A native of Charlotte, North Carolina, he is also one of four in-state players in Larry Fedora’s 2017 group, and each of those recruits is ranked in the state’s top 10.

Jones is already built like a college player with a 6-2, 200-pound frame. He is the third receiver in the junior class to commit to UNC, joining Tyler Smith of Powder Springs, Georgia, and J.T. Cauthen of Waxhaw, North Carolina.

Fedora’s 2017 class ranks No. 9 nationally based on the 247Sports composite index. Miami, Clemson and Florida State are the only ACC programs ranked higher.