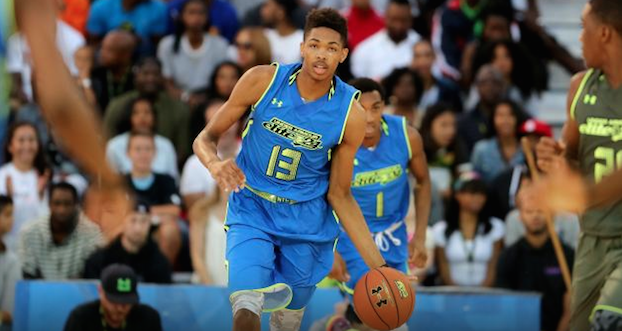 Brandon Ingram is choosing between UNC and five other schools. (AP Photo)

With up to 11 scholarship players returning from a team that won 26 games this season, North Carolina has a lot to look forward to in the near future. Roy Williams expects to return all five starters next season, and with a veteran team led by Marcus Paige, the Tar Heels could be a national contender.

The long-term future, however, is significantly more murky.

As a program rich in tradition, UNC typically enjoys built-in advantages on the recruiting trail. It’s easy to sell prospects on recent and historic success, not to mention dozens of NBA first-round picks over the years.

But lately, recruits haven’t been flocking to Chapel Hill the way they have in the past. Williams has landed only one commitment since May of 2013, and that was Luke Maye, who is projected as more of a role player than a superstar.

With the 2015 recruiting cycle winding down, the Tar Heels have only two players left on their board — in-state small forward Brandon Ingram and Georgia small forward Jaylen Brown. Both prospects are expected to make their decisions in the next month.