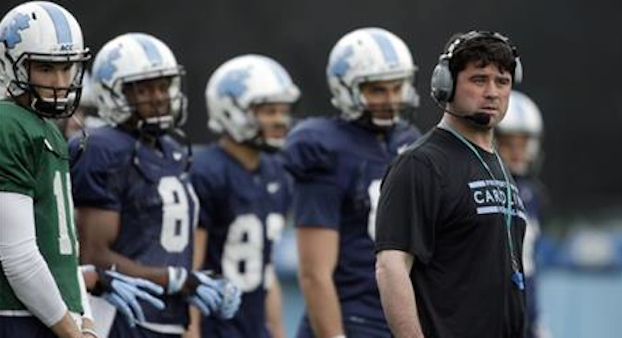 North Carolina assistant Seth Littrell is a candidate for the head-coaching job at North Texas, according to the Fort Worth Star-Telegram. Littrell, who is the Tar Heels’ tight ends coach, currently manages play-calling responsibilities for UNC.

North Texas fired head coach Dan McCarney in October after the team’s 0-5 start. The Mean Green finished the regular season with an 1-11 record, with their lone win coming against Texas-San Antonio.

Littrell was hired onto UNC’s staff two years ago. Before arriving in Chapel Hill, he served as offensive coordinator at Indiana, and he served previous stints as an assistant at Arizona and Texas Tech.

This season, the Tar Heels have ranked No. 11 nationally in scoring offense with 41.3 points per game and No. 16 in total offense with 495.7 yards per contest.