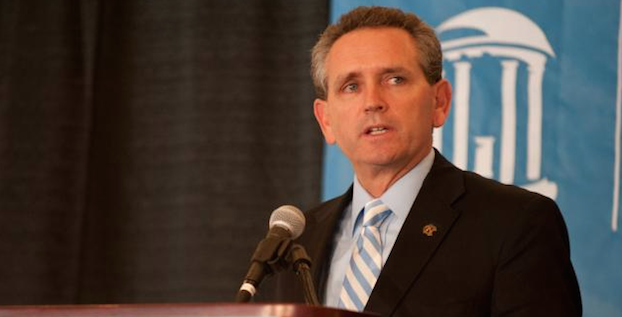 Bubba Cunningham was hired as UNC's athletic director in the fall of 2011. (GoHeels.com Photo)

According to a report by InsideCarolina.com, North Carolina has received its Notice of Allegations from the NCAA.

Last June, the NCAA reopened its investigation into academic irregularities within UNC’s African and Afro-American Studies department. The academic issues were initially discovered in 2011, when the NCAA was investigating the football program for players receiving improper benefits from agents.

In 2014, North Carolina hired former federal prosecutor Kenneth Wainstein to lead an independent investigation into the academic irregularities. Former AFAM department chair Julius Nyang’oro and his assistant Deborah Crowder, who were both at the heart of the academic scandal but did not speak with the NCAA in 2011, cooperated with Wainstein’s investigation. The potential for new information prompted the NCAA to reopen its own probe.

Once it receives its Notice of Allegations, it is up to the school whether or not to make it public. North Carolina is expected to publicly reveal the findings at a later date.