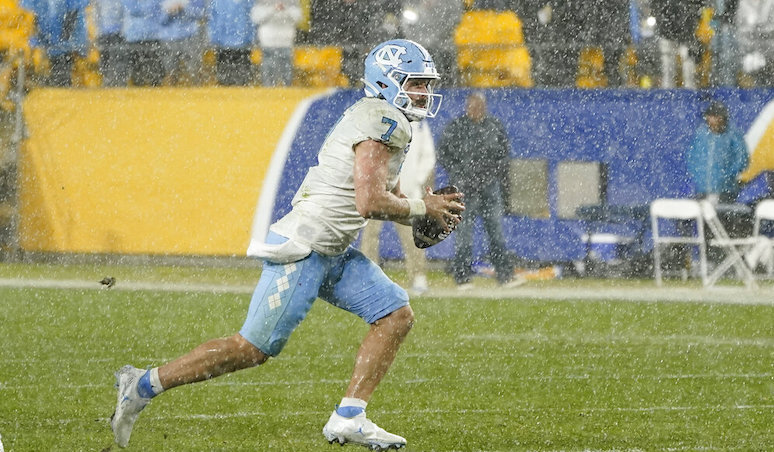 North Carolina football has its home finale for the 2021 season this weekend vs. Wofford, which means it’s Senior Day. Ahead of the game, it was announced that Sam Howell would participate and walk out during Senior Day activities. While Howell is only a junior, he’s set to graduate next month and, obviously, he’s one of the top quarterback prospects for the 2022 NFL Draft.

Following the Wofford game, UNC will finish the regular season on the Friday after Thanksgiving — a matchup with rival NC State in Raleigh.

This would seem to indicate what many expect to happen: Howell is ready to enter the draft and forgo the rest of his college career. However, messages have been slightly mixed; Howell has stated that he’s currently undecided with what to do.

The draft may be calling Howell, but he could also return to North Carolina, collect a bunch more NIL money and further boost his stock by teaming up with Josh Downs again in 2022.

Now, you be the judge: Should Sam Howell return to UNC or head to the NFL?