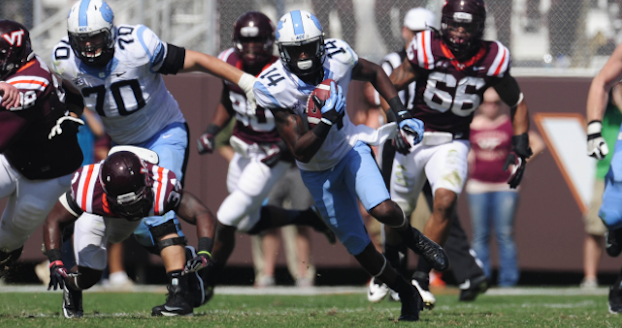 In 2014, two North Carolina wide receivers saw breakout seasons, as Ryan Switzer and Mack Hollins became key weapons in the passing game. Switzer and Hollins will again be major targets this season, but in preseason practice, receiver Quinshad Davis has liked what he’s been seeing in another player, as well.

“I’ve been seeing a lot out of Jordan Fieulleteau,” Davis told reporters at UNC’s Wednesday Media Day. “He’s been making a lot of plays lately, and I’ve noticed that.”

A sophomore from Raleigh, North Carolina, Fieulleteau saw his first game action last season as a redshirt freshman. He finished last year with 29 yards on two catches, including a 23-yard reception in the Quick Lane Bowl.