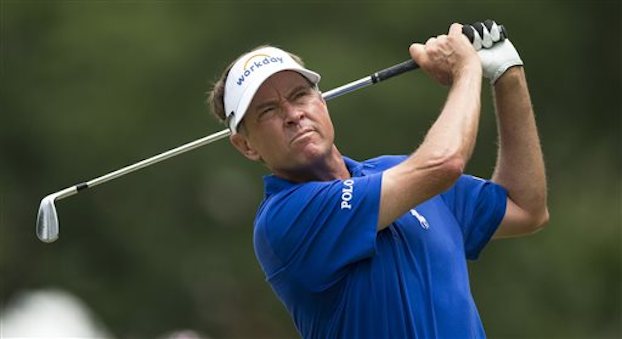 Fresh off winning the Wyndham Championship in Greensboro, North Carolina, former UNC golfer Davis Love III joined The David Glenn Show to talk about his future on the PGA Tour and his Tar Heel ties.

Love stated that this past weekend’s success caused him to reevaluate his future as a pro golfer.

“Next year is my 30th year on the PGA Tour, so I was going to finish that off and then reassess,” Love said. “But now, after last week, I’m back in the Masters and back in The Players Championship and getting into some of these bigger tournaments, so maybe I can last even a few more years than I thought I would out here.”

The 51-year-old also said that he has maintained ties to his alma mater.

“I’m really more connected (to UNC) now than I have been over my last 20 years, so I’m excited about both Carolina golf and Carolina sports and being involved,” Love said. “As they say, Tar Heel born, Tar Heel bred. I’m excited to be a part of that community.”

Other topics discussed during the interview included Love’s responsibilities as a Ryder Cup captain and how Tiger Woods’ attitude compares to that of Michael Jordan. Click below to hear the full interview: