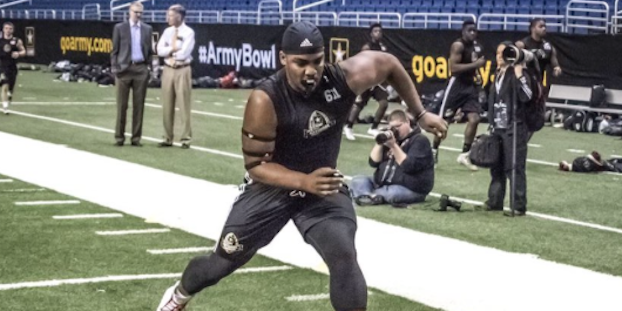 North Carolina’s hot start to recruiting the 2017 class continued on Thursday when the Tar Heels picked up a commitment from in-state defensive tackle Jordon Riley:

A 6-6, 292-pound prospect, Riley is the sixth player to pledge to UNC this cycle. The Durham, North Carolina, native is also ranked the No. 12 junior in his state in the 247Sports composite index, making him the fifth top-12 in-state player in his class to pick the Heels.

Riley is the second defensive lineman to commit to Carolina so far in the 2017 cycle, joining consensus 4-star end Jake Lawler, who announced his decision on Jan. 31.

Larry Fedora and his staff are just one in-state commitment short of matching the total of North Carolina prospects they signed in the 2016 class. According to 247Sports composite index rankings, UNC currently has the No. 5 class in the nation.