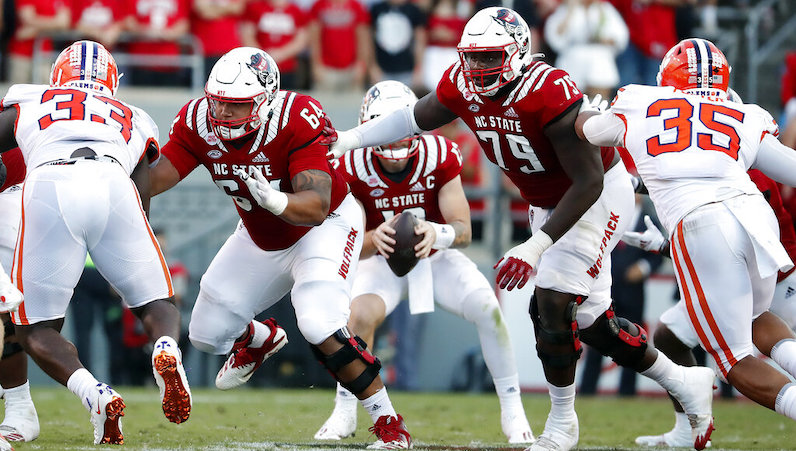 Chandler Zavala will be back on the field for NC State football in 2022 — his sixth season of college football. This is a massive win for Zavala, NC State, head coach Dave Doeren and fair process.

For the last several months, Zavala has been in a holding pattern with the NCAA. Following the 2021 season, The 6-foot-5, 325-pound Zavala applied for a medical hardship waiver; Zavala played in the first five games of the season, then a back injury cost him the final seven.

Initially, Zavala’s waiver was denied by the NCAA, back in January. However, Zavala and NC State lawyered up and continued to fight. The process dragged out, but ultimately: all’s well that ends well. Zavala will be back on the pitch for the Wolfpack when the 2022 campaign starts up.

Hey guys! The @NCAA did something right!

Also, getting Chandler Zavala back is a huge boost for a team that was already viewed as a potential Top 10/15 team. He was the best run-blocker on the team last year outside of Ickey Ekwonu. pic.twitter.com/poZhlzWc0m