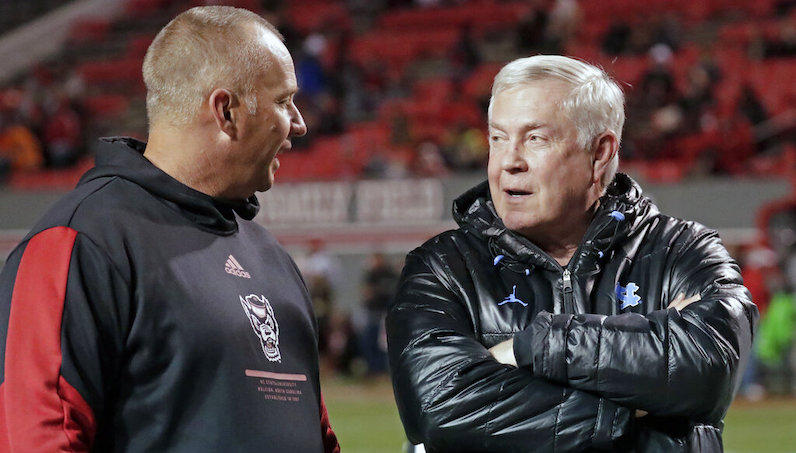 Noah Rogers, the No. 1 recruit in the state of North Carolina, has committed to Ohio State.

After weeks of speculation, the intense recruiting race between Ohio State and NC State ended with the Buckeyes on top. North Carolina was seemingly in the mix, too; however, was scheduled to take his official visit to Chapel Hill this weekend.

NC State and UNC offered Rogers back in March 2021. At the time, he was already a promising young wideout prospect. Since then, though, Rogers took off. His profile went national, as offered flew in from all over the country.

247 Sports ranks Rogers as a Top 50 prospect overall in the 2023 recruiting class. The 6-foot-3 wide receiver plays his prep ball for Rolesville (NC) High, located close to NC State’s campus. Given those proxemics, NC State’s momentum on the recruiting front and the commitment of 2023 quarterback Lex Thomas — a close friend with Rogers — that the high-flying pass-catcher would pick the Pack.

In the end, though, the power of Ohio State, a football factory, won out.

NC State still has several wide receiver targets its after in the 2023 class. Dave Doeren’s program will land on a few of them, too. However, Rogers — a blue-chip talent from a local prep program — would’ve been the headliner of this bunch.