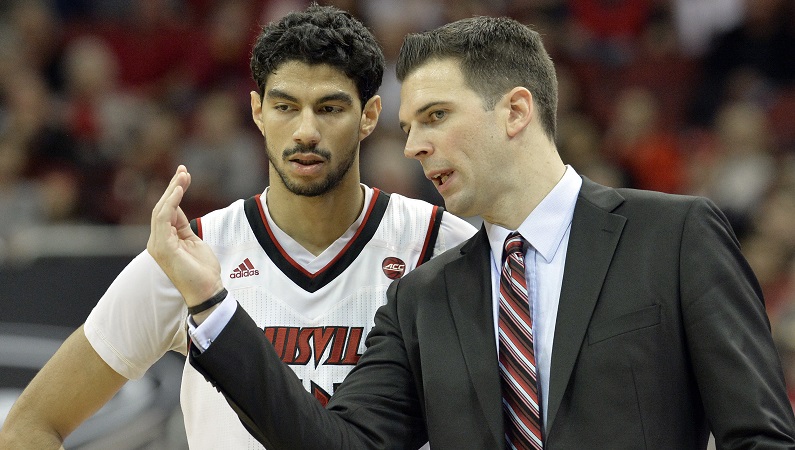 Before the sudden departure of Rick Pitino, Louisville basketball was widely considered among the favorites in the ACC in 2017-18, and a Final Four contender. While the roster remains intact, save the potential eligibility concerns of freshman Brian Bowen, the Cards are working in rookie head coach David Padgett. Can Louisville compete in the ACC without one of college basketball’s legendary coaches?

The Cards have a challenging non-conference slate that includes a road game at Purdue in the ACC-Big Ten Challenge. Louisville also faces Seton Hall, a NCAA Tournament team a year ago, as well as arch rival Kentucky in Lexington just before the New Year. If U of L can win at least two of those three contests, they’ll be well-positioned for a top 15 national ranking, if not higher, by the time ACC play rolls around.

Louisville lucks out in its ACC slate in that they don’t have to play Duke or North Carolina twice. They will, however, face both the Tar Heels and Blue Devils over a five-day stretch in February. The Feb. 21 matchup with Duke in Cameron Indoor Stadium looms as U of L’s toughest league game. The Cards also have to travel to Notre Dame, Virginia, and Miami.

Padgett’s club should be drawn together by the ‘us against the world’ nature of Louisville’s present situation. Little sympathy will be shown to this group when they hit the road, and they can expect plenty of barbs and attacks when they take the floor around the ACC. But if they can rally around their new coach, this team has more than enough talent not only to return to the NCAA Tournament, but to challenge near the top of the ACC standings.

The Cards have one of the more intriguing rotations in all of college basketball. With a plethora of wings, including V.J. King and Deng Adel, and one of the more experienced point guards in the ACC in Quentin Snider, Louisville’s backcourt rotation rivals any in the league. Ray Spalding and Anas Mahmoud return to anchor the post, bolstered by the presence of newcomers Jordan Nwora and Malik Williams. If Bowen is declared eligible, an already-potent lineup will have all the ingredients of an ACC championship contender.

Not your average rookie

Which leads us to Padgett. Can this first-year leader tackle one of the more daunting challenges in recent memory to face a new coach? Padgett certainly has the pedigree, having played under Roy Williams at Kansas for one season before Williams left for North Carolina. He then played under Pitino at Louisville, and became a U of L assistant in 2015.

The range of outcomes for this team is wide. The possibility exists for a complete meltdown without Pitino, and a slide into mediocrity. But given the tremendous talent on this roster, a likelier scenario is that the Cards finish among the top three to five teams in the ACC standings, and return to the NCAA Tournament with a realistic chance of a Sweet 16 berth, if not more. If the Cards manage to fulfill the preseason promise laid out for them before Pitino’s firing, Padgett will probably earn the permanent head coaching job.

Read more: Louisville’s Anas Mahmoud on what it would mean to make the NBA