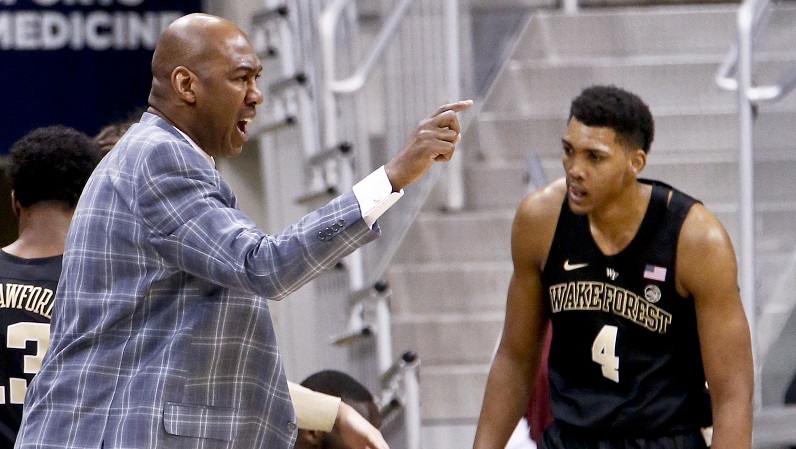 Wake Forest coach Danny Manning, left, gives directions to Doral Moore and the rest of his team during the first half of an NCAA college basketball game against Pittsburgh on Wednesday, Feb. 21, 2018, in Pittsburgh. Wake Forest won 63-57. (AP Photo/Keith Srakocic)

Some good news for Wake Forest basketball; the Demon Deacons have landed a commitment from 4-star small forward Ismael Massoud. A native of the Bronx (BX!), Massoud is a fringe top-100 prospect. 247 Sports ranks him as the No. 28 small forward in the 2019 class. ESPN was the first to report the news.

Wake Forest’s recruitment of Massoud, who went on an official visit to Winston-Salem this last weekend, was led by Randolph Childress. Massoud was scheduled to visit Georgia Tech this upcoming weekend.

Can Brandon Childress run the show for Wake Forest in 2018-19?