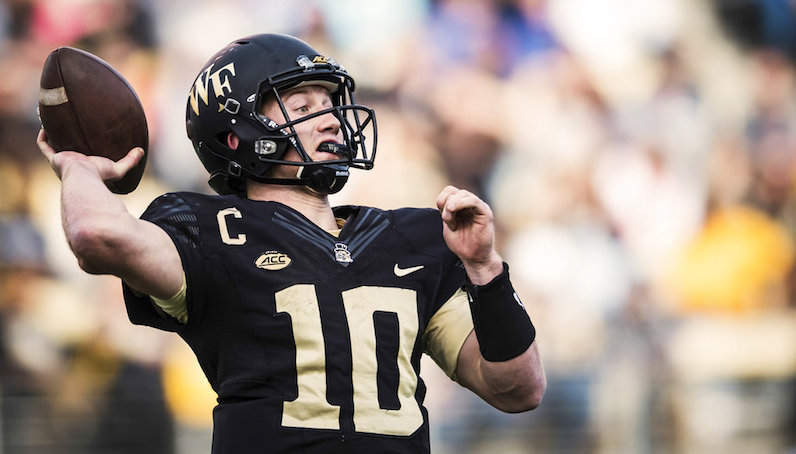 As Dave Clawson checks off items from his “Rebuild Wake Forest football” list, this season’s All-ACC voting has to be one of the most rewarding.

Although it doesn’t relate directly to wins and losses, which is Clawson’s ultimate goal, the recognition of 11 different Wake Forest players is a milestone. For example, the 2006 team that won the ACC title only placed nine on the All-ACC lists.

But what has to be even more meaningful is that each of these players is a tribute to what Wake Forest has to do right to succeed as the smallest Power Five program. The coaching staff has to spot talent that other programs miss, and they have to identify players who will be coachable and who eventually will grow into stars.

No four- or five-star recruits are on this list. Let’s take a quick look at the story behind each:

So Clawson and the Wake Forest program had to endure a lot of growing pains with most of these players — losing games while they built experience. But the All-ACC results have shown that two Wake Forest staffs have made some impressive judgements of talent and character.