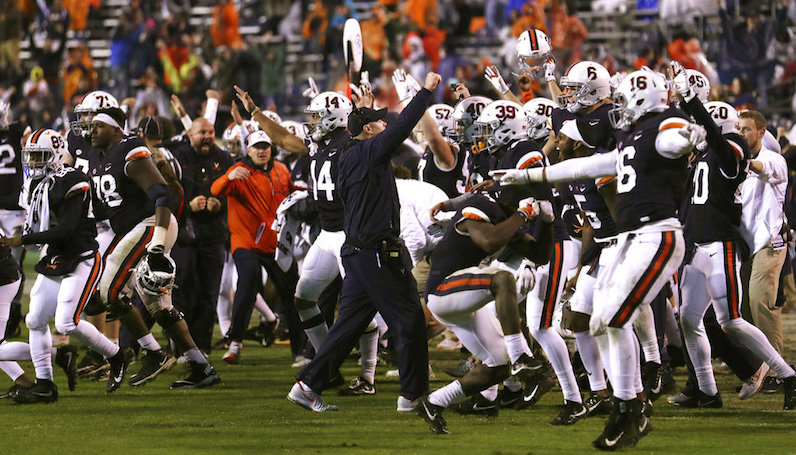 Coaches wishing to have success at the University of Virginia could do worse than to emulate Cavaliers men’s basketball coach Tony Bennett. So maybe it shouldn’t come as a huge surprise Bronco Mendenhall followed Bennett’s lead and went looking for under-the-radar recruits from overseas to help fill out the 2018 football recruiting class.

Mendenhall and his staff had a monster recruiting week, reeling in 10 commitments, plus two transfers from Air Force. In addition to quarterback Beau English and offensive lineman Olesegun Olawutimi coming in from the Falcons, UVA picked up four-star defensive tackle Jowon Briggs from Ohio and highly-touted defensive end D’Sean Perry out of Miami.

But even with recruiting going well for the Cavaliers stateside, it’s the pick-ups from Europe that offer quite a bit of intrigue for the incoming class.

Virginia hosted a camp in Charlottesville earlier this summer that included a large group of prospects from Premier Players International. Within a few weeks the Cavaliers had commitments from three Europeans — Danish Defensive lineman Emil Bo Anderson and German teammates Kariem Al Soufi, an offensive tackle, and athlete Luke Wentz — who would join German Gerrik Vollmer on the Cavs roster.

While the current UVA recruiting class has commitments from all over the United States, looking outside of the country also makes a certain amount of sense for a program like Virginia.

The Cavs lack of success in recent years hasn’t made it easy to attract a lot of four and five-star recruits, and it has taken a little bit of time for the staff to adjust to recruiting Virginia and the mid-Atlantic after a decade at BYU.

Players can also face academic challenges getting accepted into UVA, and Mendenhall’s insistence that fifth-year players be ready for graduate school isn’t for everyone.

So embracing Europeans opens up new lines to talent even if it likely won’t do much to help the Cavs in recruiting rankings. Programs such as Premier Players International exist to help European players get to college in the United States and with American Football becoming increasingly popular in place such as Germany and the United Kingdom, we are seeing the first generation of European players who grew up with the sport in the mainstream.

If nothing else, the Cavs are beefing up with the new additions. Al Soufi is huge, listed at 6-foot-4, 330 pounds and would automatically become one of the biggest offensive linemen on the roster. Anderson, at 6-foot-5, 278 pounds, has the kind of height Mendenhall has looked for on the defensive line while Wentz is 6-foot-3, 205 pounds and played quarterback in Germany.

Quick Hit: Why Devon Hall is a solid fit in OKC