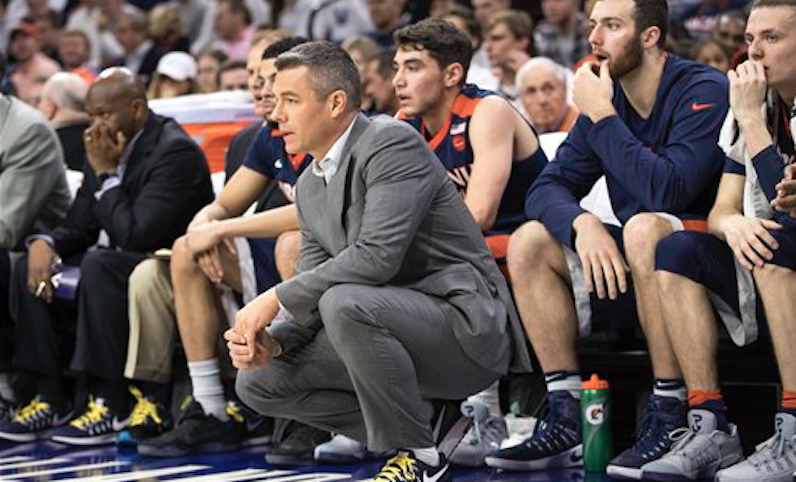 Tony Bennett has led his No. 1 Cavaliers to a 24-2 record this season. (AP Photo)

August is here and with it the end of the so-called “dead period” on the NCAA basketball recruiting calendar. Contrary to its name, recruiting doesn’t come to a stop in July, but August allows coaches and players more face-to-face interactions, and could bring news in what has become a simultaneously exciting and frustrating recruiting period for Virginia fans.

The excitement comes from the possibility that if the Cavaliers land even a few of the top targets their linked to, it will become one of the best classes in program history. But the fact UVA hasn’t received a single commitment yet has provided a bit of anxiety among the Wahoo faithful.

The next couple of months have potential to be huge for Virginia, but a lot may depend on when point guard Jahvon Quinerly makes his decision. Quinerly is one of the top handful of point guards in a 2018 class loaded with talent at the position and has Virginia among his top seven schools.

Who else is in the running?

But the competition for Quinerly is stiff. He’s already visited Arizona and his official visit to UCLA isn’t scheduled until October. He may also go to Kansas around that time, potentially with best friend Naz Reid, who is also a Jayhawks target.

Quinerly is really the key to the class for Virginia right now, but that’s not to say signing is a do or die situation for the Cavs. It just means it’s difficult to see exactly how it will all unfold until Quinerly makes up his mind.

Tony Bennett and his staff want a point guard, and Quinerly is at the top of that list.Whether or not he chooses UVA could shape how the rest of the backcourt comes together and his commitment might prompt players at other positions to follow him to Virginia.

But while Quinerly is potentially the first domino for an absolutely huge recruiting haul, don’t be surprised if the Cavs go elsewhere add to their backcourt in the coming weeks.

Combo guard David Duke from Cushing Academy in Massachusetts is a four-star prospect the Cavaliers are reportedly quite fond of. He’s a player that could give Virginia minutes at point guard if needed, but also coexist nicely with Quinerly at the point.

James Akinjo, a three-star point guard from California, recently picked up an offer from Virginia and it’s possible the Cavaliers have enough scholarships to play with they could accept commitments from both him and Quinerly.

But for now patience is required.  Virginia has gotten in the mix for more top-tier prospects and they often take their time. No news isn’t always bad news when it comes to recruiting.

Can Virginia basketball expect more on offense from Jack Salt next season?