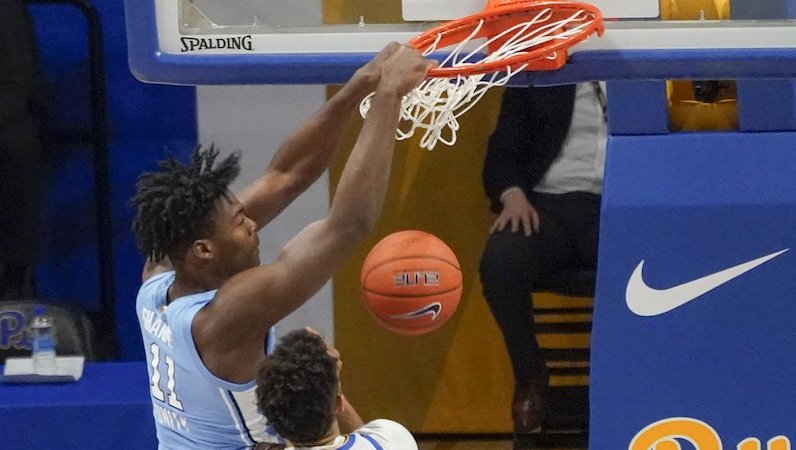 In an 11-second video — which was posted to Snapchat between 12 a.m. and 1 a.m. — Sharpe and Bacot are seen at a gathering, dancing and listening to music. Obviously, in non-COVID times, something like this would be completely harmless; however, that’s unfortunately not the case in 2021.

Video obtained by the DTH shows UNC men's basketball players Armando Bacot and Day'Ron Sharpe maskless and partying alongside at least seven others, celebrating a win over Duke on Saturday night.

No in the video appears to be wearing a mask.https://t.co/TqEGYboQpW

Earlier that night, following the win at Duke, hundreds of UNC fans rushed Franklin Street; some wore masks, others did not. UNC Chancellor Kevin Guskiewicz stated that the university would look to punish those who violated the COVID-19 protocols.

According to the DTH’s report, a university spokesperson told the paper that it was looking into the matter and planned to speak with both players.

UNC basketball is back in action Monday night (Feb. 8); the Tar Heels are set to host Miami.