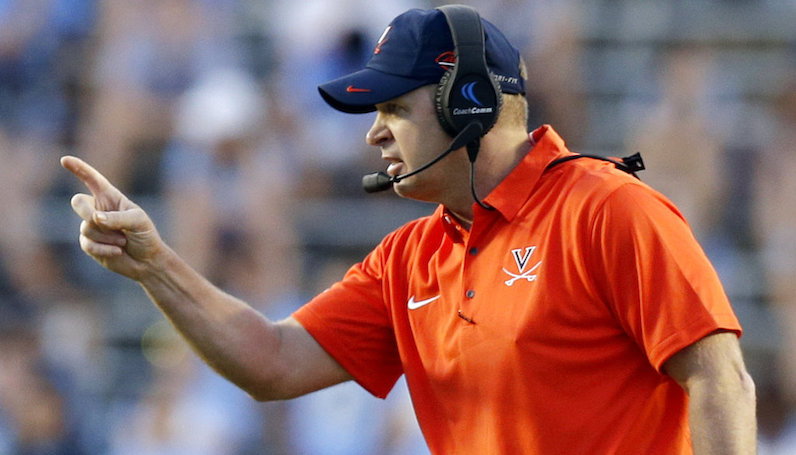 UVA and Virginia Tech football have an official makeup date for their postponed matchup: Dec. 12. On Thursday, the ACC announced the new date; this schedule update comes after last Saturday when Virginia Tech was forced to postpone the Sept. 19 matchup with UVA due to concerns with COVID-19.

The new date — Dec. 12 — falls on the same Saturday as the 2020 ACC Football Championship Game in Charlotte. This is the only shared open date between the two programs.

ACC officially announces Dec. 12 as the make-up date for #UVA at #Hokies football game. So back to the end of the season for the Commonwealth Clash.

For a period of time, it seemed as though some other ACC schedules could be reworked to open up a mid-November date for Virginia and Virginia Tech. The UVA-Duke game, which was set for Nov. 14, was moved up to Sept. 26.

This matchup with the Blue Devils will now serve as Virginia’s season-opener. The following week UVA will play Clemson, Oct. 3.

Regardless, the date for the ACC Championship game could still be moved back until Dec. 19. However, that’s not in the cards just yet.

The ACC championship game has not been officially moved to Dec. 19. It remains as previously announced — Dec. 12 OR Dec. 19.

This type of late-season scheduling flexibility was already baked into the cake, though, as the ACC tries to complete a full 2020 football season.

(My guess: if either UVA or VT needs that game to solidify its stake in the title game, then the championship can be pushed back one week, while the two Commonwealth teams play. If not, then that game can just run the same day as the ACC title bout, too.)