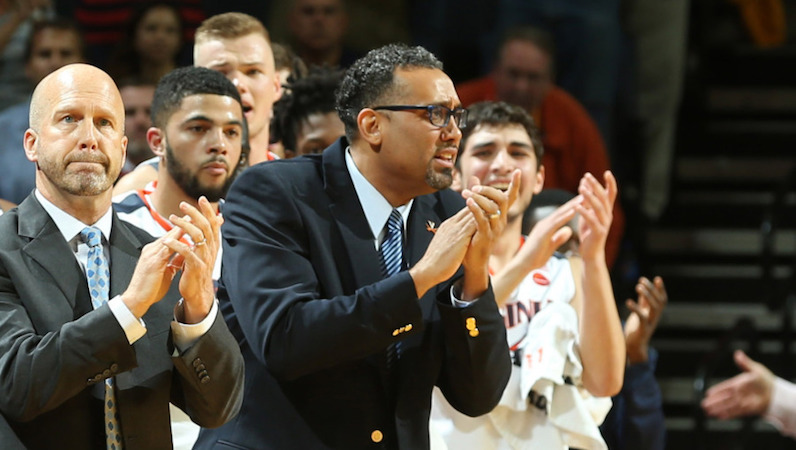 After the departure of associate head coach Ron Sanchez to Charlotte, UVA basketball had to amend its coaching staff. In a move that our Shane Mettlen mentioned last month, Virginia promoted from within. Veteran assistant coach Jason Williford, who played at UVA in the 1990s, is now Virginia’s associate head coach; meanwhile, Orlando Vandross, who headed up recruiting and player development the last three seasons, has been promoted to an assistant coach.

Williford has been a part of Tony Bennett’s staff with UVA basketball since Bennett took over. “One of the best decisions I made when I first got the job here was to hire Jason Williford,” Bennett said. “His loyalty to our program, his passion for the players and his ability to recruit made this an easy decision.”

With an NBA Draft decision ahead: De’Andre Hunter is the future of basketball