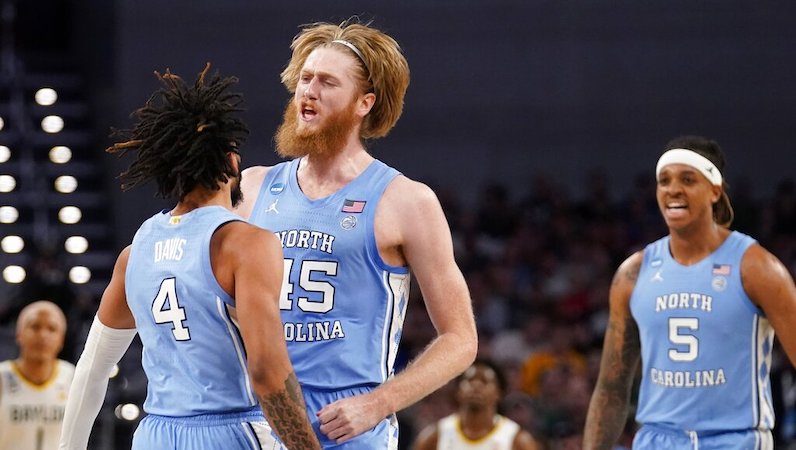 North Carolina and Hubert Davis escaped a wacky Second Round matchup with 2-seed Baylor to advance to the Sweet 16 of the 2022 NCAA Tournament. This now sets up a Sweet 16 matchup of college basketball blue bloods: UNC and UCLA.

North Carolina holds a 10-3 record in the series over UCLA. The two programs last played in the 2019-20 season; Armando Bacot, then a freshman, led UNC with 15 points in a 74-64 victory. Overall, the Tar Heels have won five straight in the series. UCLA’s last win over UNC came in Jan. 2000.

The last time UCLA and North Carolina met in the NCAA Tournament occurred back in the Second Round of the 1989 event. Davis was a freshman guard on that team and played five minutes in the contest. Jeff Lebo, now an assistant at UNC, scored 12 points and dished out four assists as UNC won 88-81.

Here’s everything you need to know ahead of UNC-UCLA in the Sweet 16.

North Carolina answered every question in the scouting report on Marquette