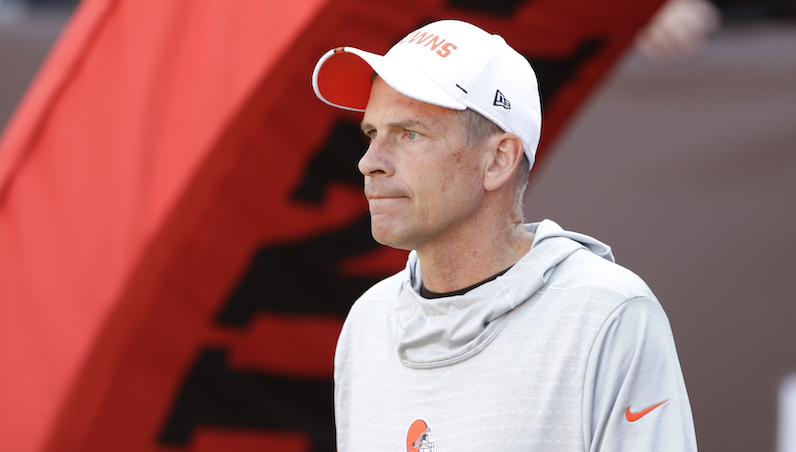 It didn’t take long, but North Carolina has found its new tight ends coach: John Lilly. After Tim Brewster, a longtime Mack Brown assistant, left last week for Florida, UNC had a staff position to fill. On Wednesday, the University made if official — hiring Lilly, who coached for the NFL’s Cleveland Browns in 2019. Lilly, however, is best known for his extended sting as Georgia’s tight ends coach (2008-15) under Mark Richt.

We're thrilled to announce that John Lilly (@Coach_JLilly) is joining our staff as tight ends coach.

Great addition to a great staff.

Before he arrived at Georgia, Lilly spent 13 seasons on staff at Florida State, starting in the mid-1990s. During the 2018 season, he was an assistant to the head coach at Tennessee. That came after a one-year run with the Los Angeles Rams — also as their tight ends coach.

In the school’s official release, Brown stated that Lilly should help boost the program’s profile on the field and in recruiting.

John has recruited and coached some great players during his career and has seen a lot of success throughout his 27 years. In addition to his college experience, he was able to hone his skills in the NFL with the Los Angeles Rams and the Browns, and we know that will really pay off for our tight ends and the offense as a whole. John is very familiar with the state of North Carolina, which will allow him to hit the ground running in recruiting