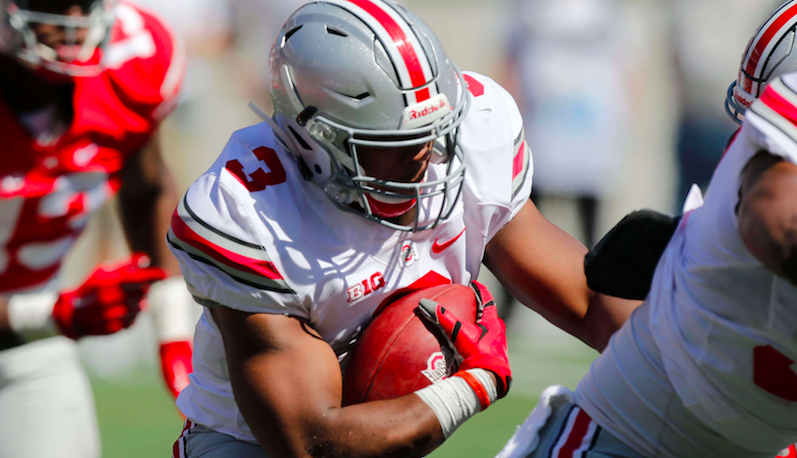 The newest addition to the North Carolina football roster is someone that was at one point in time was previously commit of Larry Fedora’s Tar Heels. According to a report from Inside Carolina, Ohio State running back Antonio Williams will transfer to UNC.

Williams, a former 4-star recruit, initially committed to North Carolina while in high school — back in 2013. However, the former star of North Stanly High in New London, NC withdrew his commitment to UNC in the summer of 2014; Williams then pledged to the Wisconsin Badgers.

North Carolina offensive coordinator Chris Kapilovic previously recruited Williams to Chapel Hill. Williams informed Inside Carolina that Kapilovic was once again instrumental in getting him to return. Following the move, Williams will now play less than two hours away from where he was a prep standout.

Williams has two more years of eligibility remaining; he will redshirt during the 2018 season.

Quick Look at the Numbers

As a freshman in 2016, Antonio Williams appeared in two games; he recorded six carries for 28 yards on an Ohio State team that won 11 games, and lost to Clemson in the College Football Playoffs.

In 2017, however, Williams saw his share of carries increase. Williams carried the call 57 times — fourth most on the team — for 290 yards (5.1 per carry) and three touchdowns. The running back also caught five passes on seven targets, per Football Study Hall.

Ohio State possesses one of the nation’s top backfields heading into the 2018 season — led by rising sophomore phenom J.K. Dobbins, a former 4-star recruit from Texas that’s among the early candidates for the Heisman Trophy. With those two in the fold, perhaps Williams sought opportunities elsewhere.