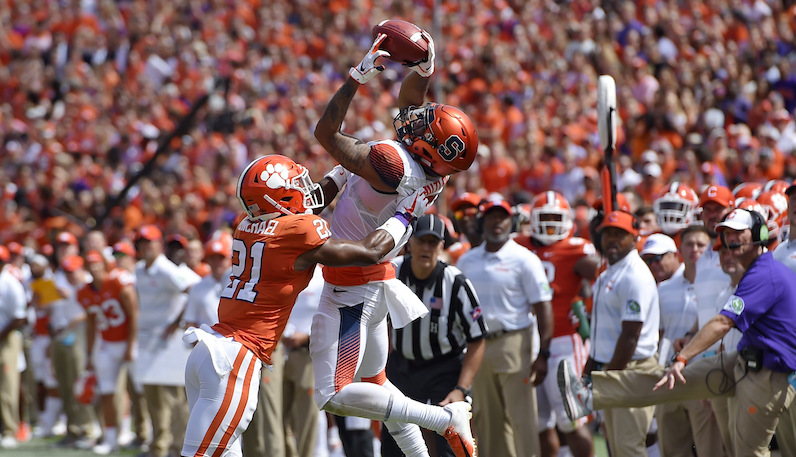 Syracuse's Devin Butler pulls in a pass while defended by Clemson's Kyler McMichael during the first half of an NCAA college football game against Syracuse Saturday, Sept. 29, 2018, in Clemson, S.C. Clemson won 27-23. (AP Photo/Richard Shiro)

One day after he entered the NCAA transfer portal, Kyler McMichael announced his decision to transfer to North Carolina. McMichael, who hails from Atlanta, also considered Georgia Tech as a possible landing spot.

A former 4-star prospect, 247Sports ranked McMichael as the No. 8 cornerback in the 2018 recruiting class.

McMichael saw action in 12 games last season as a true freshman; he participated in 101 snaps and made two total tackles.

Prior to Mack Brown’s arrival at UNC, the Tar Heels recruited McMichael out of high school. He joins Bryce Watts and Cam’Ron Kelly as high-profile defensive backs that have transferred to North Carolina this offseason.