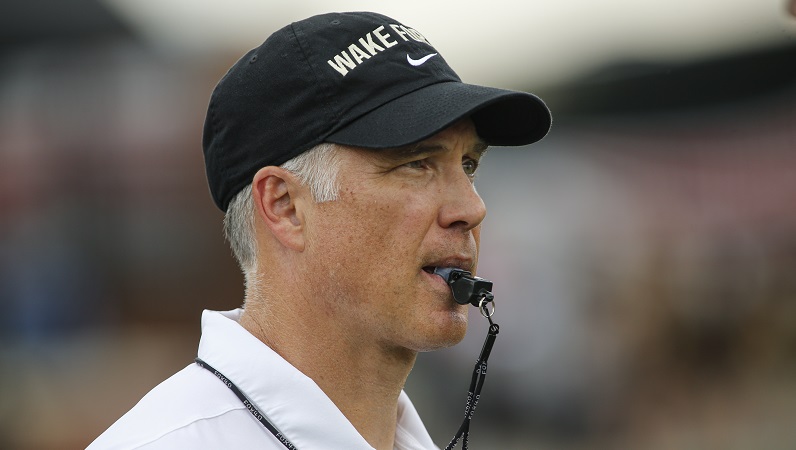 The dream season for Wake Forest continues to roll on. The Demon Deacon (10-2, 7-1 ACC) are champions of the Atlantic Division; on Saturday, Wake Forest will play Pittsburgh for the ACC Championship.

Before then, though, Wake Forest head coach Dave Clawson picked up on additional hardware. Unsurprisingly, Clawson is the 2021 ACC Coach of the Year. He received 49 votes, 39 more than Pitt’s Pat Narduzzi.

Clawson is the seventh Wake Forest coach to win the award. Bill Dooley won it twice: 1987 and 1992. Jim Grobe was the last Wake Forest head coach to be named the ACC’s top coach. That, of course, occurred in the 2006 season, when the Demon Deacons shocked the college football landscape and won the ACC.

Last week, Clawson and Wake Forest agreed to terms on a contract extension. The details of the deal haven’t been disclosed publicly.