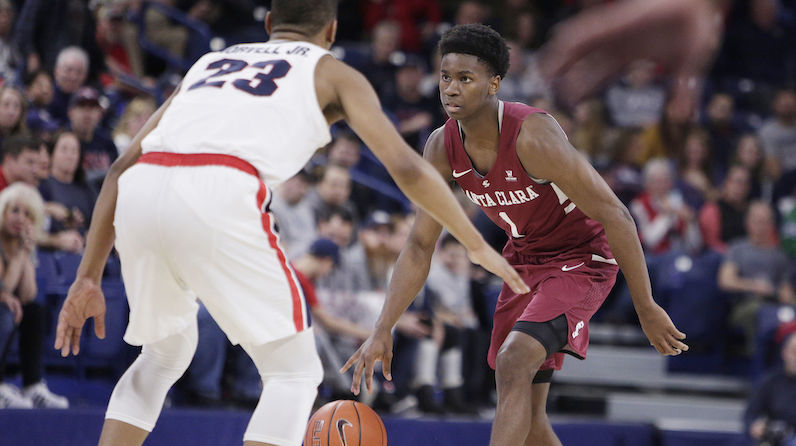 Immediately after entering the transfer portal in the middle of last week, Santa Clara guard Trey Wertz received contact for over three dozen programs. NC State’s Kevin Keatts was one of the first to reach out to Wertz, who averaged 12 points, 4.3 assists and 3.2 rebounds per game across two seasons (62 games).

Wertz hails from Charlotte; on Monday (March 30), he updated his recruitment with Evan Daniels of 247 Sports. According to Wertz, 11 programs are still running for Wertz, including four from the ACC: NC State, UNC, Notre Dame and Virginia.

More than 40 schools called Santa Clara transfer Trey Wertz when he went into the NCAA Transfer Portal. He's now considering 11 and is starting to develop a rapport with a few of them. | Story: https://t.co/8sGsPoSizz pic.twitter.com/Djyh2GMHAZ