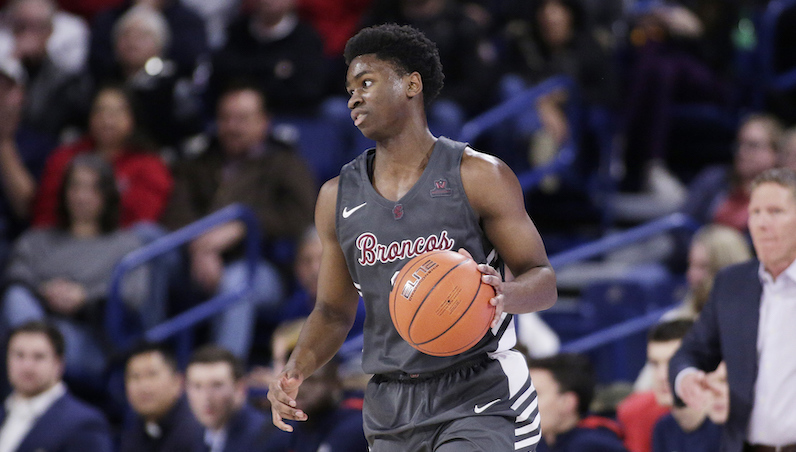 After entering the NCAA transfer portal, it didn’t take long for several Power 6 schools to reach out to Trey Wertz, including NC State. In fact, the Wolfpack offered Wertz a scholarship.

Wertz put together an attractive resume playing for former NC State coach Herb Sendek at Santa Clara; the 6-foo-4 guard appeared in 62 games (58 starts). For his career, Wertz has averaged 12 points, 4.3 assists and 3.2 rebounds per game. As a sophomore, he shot 40 percent on 3-point attempts (4 3PA per game).

6'5 PG Trey Wertz (Santa Clara) has posted his name in the NCAA transfer portal. Sophomore had two excellent seasons. Will be one of the most sought after players. Will have two years remaining. High Academic (3.5 GPA) high character young man. pic.twitter.com/5Q6k1bA7cK

Several ACC programs have also inquired, though; North Carolina, Virginia Tech and Clemson reached out, too. Outside of the ACC, other power programs contacted Wertz as well: Oklahoma, Cincinnati, Creighton, Arizona and Rutgers.

Wertz told Pack Pride that Kevin Keatts was the first coach from NC State he spoke with. By the end of the phone call, Wertz had an offer from NC State.