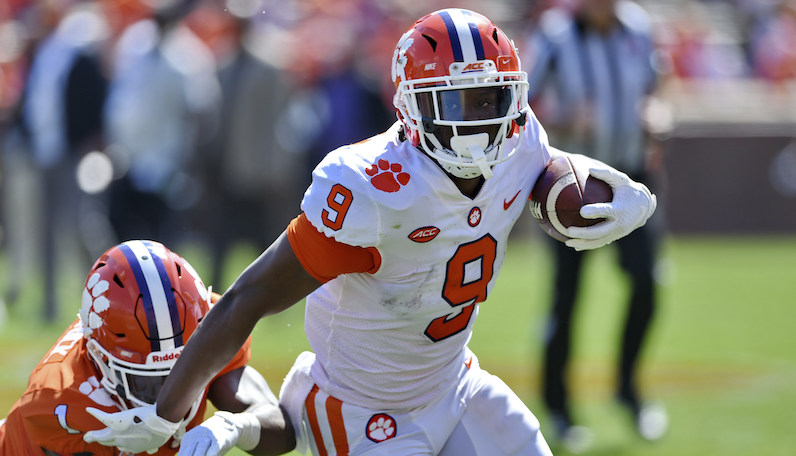 North Carolina — with Michael Carter and Devonte Williams — has two representatives. One would have to believe, though, that Clemson’s Travis Etienne, one of the greatest skill position players in league history, is the odds on favorite to win the award, currently.

Our own @swaggy_t1 has been named to the Doak Walker Award watch list! 🏆🐅🐾

Here’s a look at the ACC running backs named to the Doak Walker Award watch list: