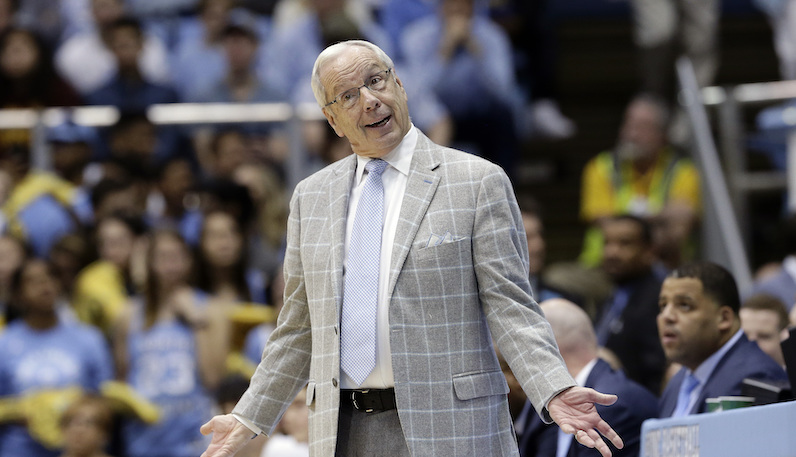 It’s been a turbulent 2019-20 season for North Carolina Basketball; however, on Saturday, UNC claimed a 94-71 win over Miami. The victory goes down as career win No. 880 for UNC coach Roy Williams, which moves him just ahead of his mentor, Dean Smith, on the all-time wins list for men’s college basketball.

With the win over Miami, North Carolina snaps its seven-game losing streak, including two overtime defeats; Williams sat on 879 victories for nearly two months. The Tar Heels last won a game back on Dec. 30 — a three-point victory over Yale.

Today's win was the 8⃣8⃣0⃣th in the head coaching career of Roy Williams, moving him into fourth place on the all-time wins list, passing Dean Smith (879). #CarolinaFamily pic.twitter.com/ojOSI4mMQ1

After Saturday’s 23-point win, North Carolina improves to 9-10 (2-6 ACC) on the season. There’s a quick turnaround for the Heels, too: a Monday matchup on the road against NC State.