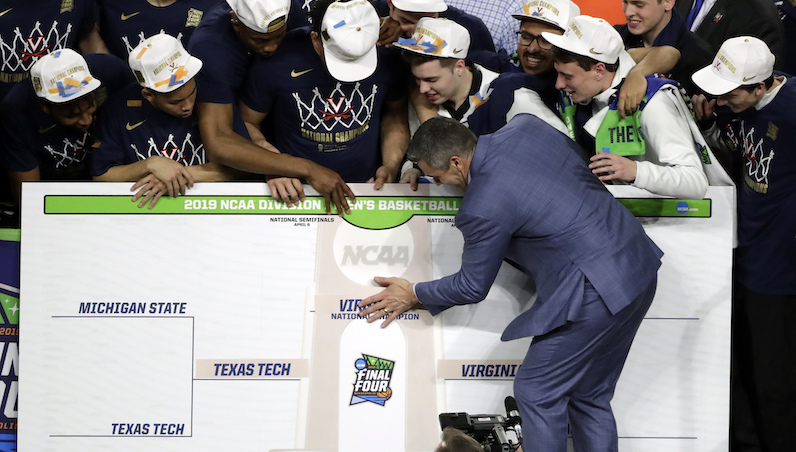 A new age of college athletics could be on the horizon. The NCAA Board of Governors emerged from its meeting this week in support of proposed rule changes which would allow athletes to receive financial compensation from third-party endorsements. The BOG is also in support of measures that would allow athletes to profit on other opportunities, including personal appearances and their own businesses.

Things now shift to the “rules-making structure” for the NCAA’s three divisions. Each division is expected to adopt altered name, image and likeness (NIL) rules by January 2021 which, following a vote, would take effect at the start of the 2021-22 academic/athletic year.

Board of Governors moves toward allowing student-athlete compensation for endorsements and promotions: https://t.co/8gXqKv2W9r pic.twitter.com/U09nJBCk0J

It’s been noted in several spaces now, but even as athletes would be allowed to identify themselves via an association to their university (or sport), the use of school trademarks and logos wouldn’t be permitted. The same applies with conference logos and trademarks, like the ACC. Essentially, athletes will be barred from wearing school-branded apparel;

As the NCAA notes it its release, too: “At no point should a university or college pay student-athletes for name, image and likeness activities.” The BOG will also require “guardrails” to be placed around any future NIL activities:

It’s the third item on that list — no use of name, image and likeness for recruiting purposes, by schools or boosters — that seems like a challenge to enforce.

On top of that, some of the proposed guardrails would continue to funnel certain revenue streams and money in its current direction: to the schools, conferences and governing bodies.

This proposal is one step forward, one step back.

The NCAA wants to limit athlete endorsement deals in a way that could make them totally impractical.

And the NCAA wants Congress to give it total power of athletes' compensation. That should be a non-starter. https://t.co/G83zfkHf1i

In its release, the NCAA also states that, due to rules posed by outside legislative and legal forces, it plans to engage Congress on several other factors.