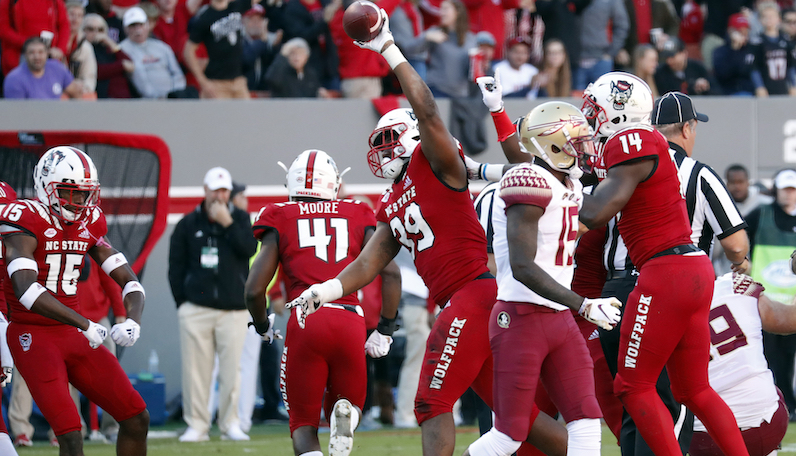 North Carolina State's James Smith-Williams (39) celebrates after he recovered a fumble during the first half of an NCAA college football game in Raleigh, N.C., Saturday, Nov. 3, 2018. (AP Photo/Chris Seward)

Over the weekend, the list of commits for NC State football’s 2022 recruiting class grew by 50 percent. The Wolfpack landed a commitment from 3-star defensive lineman Nick Campbell.

Campbell was also set to visit Nebraska, Virginia and West Virginia later in June. However, that game has possibly changed.

During the 2020 season, Campbell mostly worked as a defensive end for Lake Minneola (FL) High, which competed for the 6A state title in Florida. Campbell collected 70 tackles and 7.0 sacks.

247 Sports ranks Campbell as one of the top 100 defensive ends in the class; he’s also the No. 612 overall prospect.