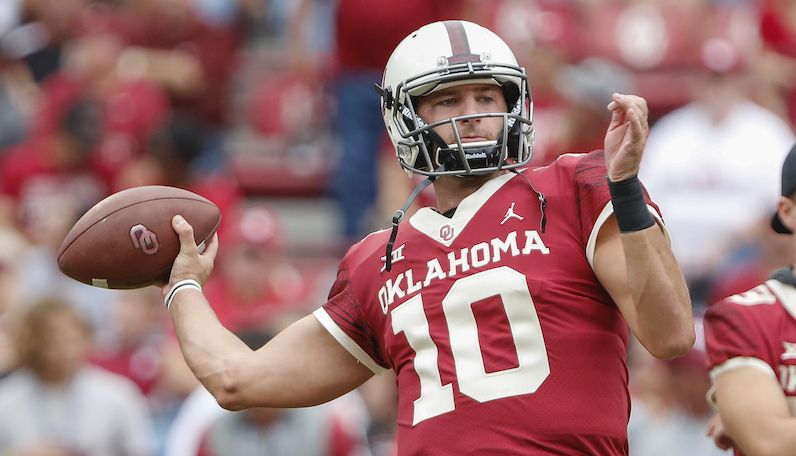 in the first half of an NCAA college football game in Norman, Okla., Saturday, Sept. 29, 2018. (AP Photo/Alonzo Adams)

In a few short weeks, NC State will travel up to Morgantown for a road matchup with West Virginia on Sept. 14. And while the Wolfpack has yet to announce their own quarterback, there’s a better idea of who they could see under center for the Mountaineers.

On Tuesday, West Virginia announced that Austin Kendall, a graduate transfer from Oklahoma, will be the starting quarterback.

Kendall entered the transfer portal back in January after Jalen Hurts decided to transfer from Alabama to Oklahoma.

During his time with the Sooners, Kendall backed up two Heisman Trophy winners: Baker Mayfield and Kyler Murray. Mayfield and Murray were also drafted No. 1 overall in back-to-back drafts, too. In limited duty, Kendall completed 28-of-39 pass attempts (71.8 percent) for 265 yards, three touchdowns and no interceptions.

Emezie, Thomas and Riley ready for a big 2019 season at NC State