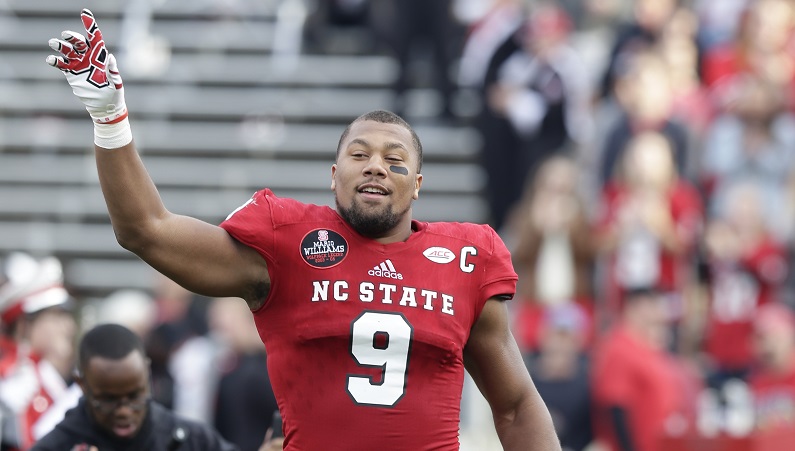 NC State is still hoping to add one more defensive lineman to its 2019 class, but on paper it’s going to be a better class coming in than the touted 2014 group that all found themselves drafted in the first four rounds of the NFL Draft this past April.

That 2014 class featured two players that were rated very highly, including Kentavius Street, who was considered the top defensive prospect in the state of North Carolina coming out of Rose High in Greenville. Street and defensive tackle Justin Jones were both rated 4-stars by Rivals.

Yet the first two of the four players drafted were a pair of underrated and under-recruited players. Defensive tackle B.J. Hill did not have a Power Five offer until he camped at NC State. He subsequently picked up one from UNC a camp shortly after NC State, but the Wolfpack beat UNC to the punch, which gave Doeren’s program a lead that the Heels could not overcome.

Chubb may have been headed to join his brother Brandon Chubb at Wake Forest if NC State had not offered him. Neither Chubb or Hill were considered centerpieces of a recruiting class that was considered borderline top 30 in 2014.

NC State is tracking towards a top-25 class this year, and its defensive line class thus far not only are centerpieces, they are the headliners. End Savion Jackson from Clayton (N.C.) High and tackles Joshua Harris from Roxboro (N.C.) Person High and C.J. Clark from New London (N.C.) North Stanly High are all rated 4-stars, and all considered top 10 players in the state by Rivals. They are similarly ranked 4-stars and in the top 11 in the state on the 247 composite rankings.

All three were also heavily recruited on a national level. That is also the case with two defensive ends that NC State is heavily pursuing.