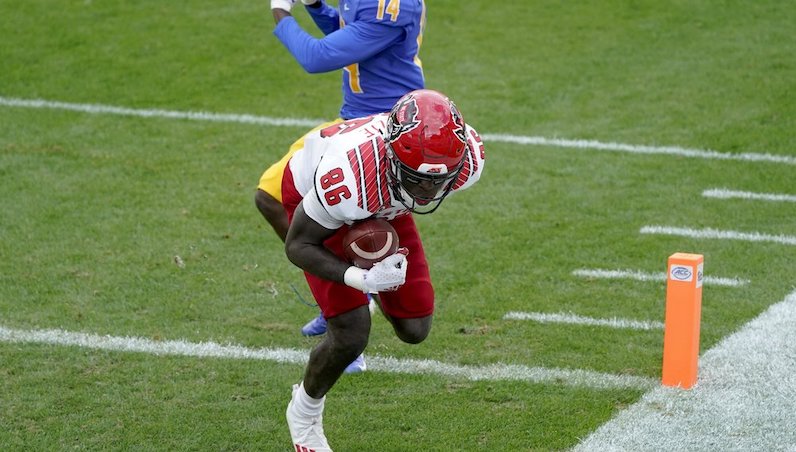 NC State football becomes to latest in-state ACC program to schedule a matchup with Charlotte, an upstart program out of Conference USA.

This will be a home-and-home series; the first game will take place in Raleigh in 2030, with a rematch set for Charlotte in 2031.

Charlotte has played football at the FBS level since the 2015 season. During head coach Will Healy’s first season in 2019, Charlotte posted its first winning record (7-6) and went to its first bowl game — a loss to Buffalo in the Bahamas Bowl.

North Carolina and Charlotte were scheduled to play this season, back on Sept. 19. However, Charlotte was forced to cancel that game due to concerns with COVID-19 in its program. Last weekend, Charlotte traveled up I-85 for a matchup with Duke, which the Blue Devils won 53-19.

Clemson defeated Charlotte in 2019, 52-10. Charlotte’s first matchup with an ACC program came back in 2016, when Louisville hung 70 points on the 49ers behind eight touchdowns from Lamar Jackson, all of which came in the first half.

This is a mutually beneficial matchup, though. Charlotte gets to add an in-state Power Five opponent, while NC State gets added exposure in the city of Charlotte, which continues to emerge as a strong area for recruiting.

Wolfpack land at No. 8 in this week’s ACC Football Power Rankings