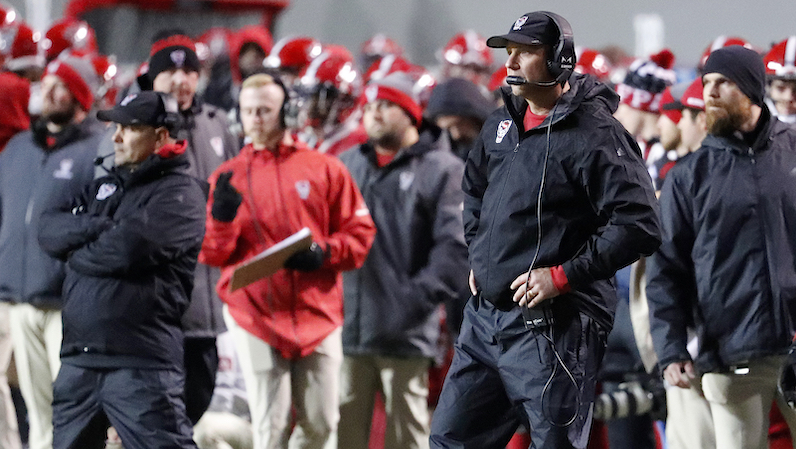 North Carolina State head coach Dave Doeren, right, watches from the sideline against Louisville during the second half of an NCAA college football game in Raleigh, N.C., Saturday, Nov. 16, 2019. (AP Photo/Karl B DeBlaker)

NC State University has released information regarding COVID-19 testing for student-athletes and staff. According to NC State, 315 tests have been administered since May 29. Of that sample, only five have tested positive for COVID — 1.6 percent.

NC State has tested 315 student-athletes, coaches & staff for COVID since May 29 & have had only 5 positive tests

Every athlete that’s returned to NC State’s campus has been tested.

Earlier in the week, UNC released its own information, too, which was slightly less encouraging: 429 tests, 37 positive results. In response to this, North Carolina football workouts have been suspended for at least a week.