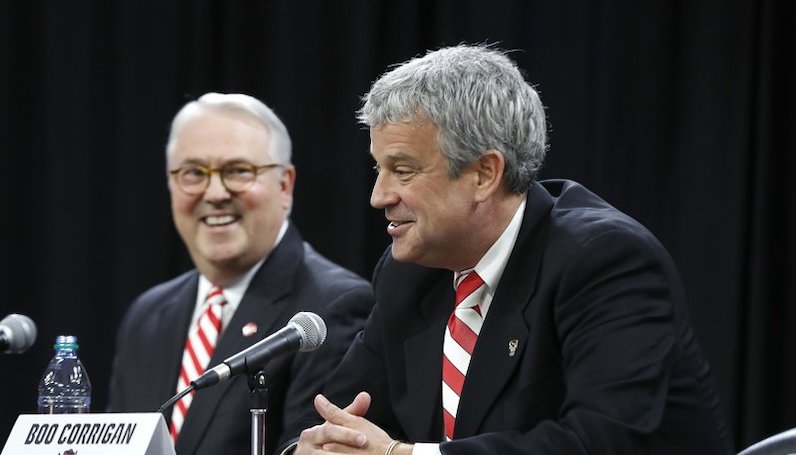 In this Jan. 31, 2019, file photo, North Carolina State chancellor Randy Woodson, left, laughs with Boo Corrigan after Corrigan was introduced as N.C. State's new athletic director, during a news conference in Raleigh, N.C. Corrigan has spent the first two months in the job getting to know the Wolfpack coaches and sorting out priorities for facility upgrades. He’s also getting used to the extra attention that comes with running a power-conference program. (Ethan Hyman/The News & Observer via AP, File)

NC State athletics director Boo Corrigan has been appointed by the College Football Playoff (CFP) Management Committee to the CFP Selection Committee. Corrigan will start his three-year term later on this spring.

Corrigan start his time with NC State in April 2019.