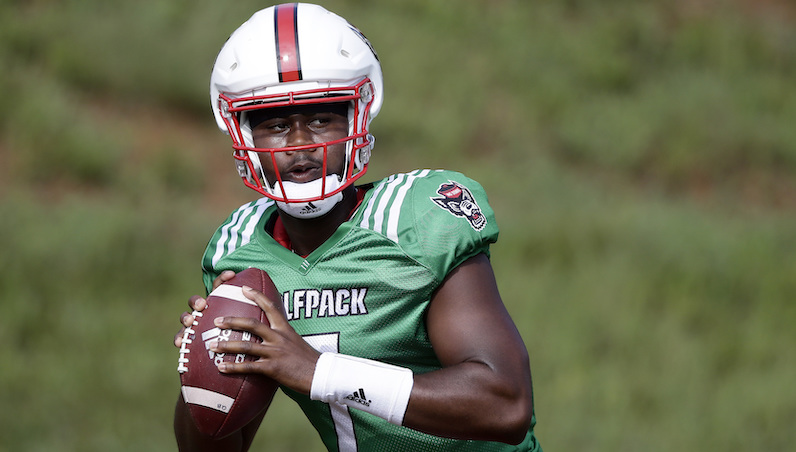 The post-Ryan Finley era of NC State Football will launch with his former backup starting under center. Redshirt sophomore quarterback Matt McKay has been named the team’s starting quarterback.

After redshirting the 2017 season, McKay played in five games in the 2018 campaign. McKay completed 7-of-8 pass attempts for 87 yards. McKay was named the starter over FSU transfer Bailey Hockman and Devin Leary.

NC State eschews the "or" on the quarterback position, with Matt McKay first string. Linebacker Louis Acceus is first string on the weakside, and Val Martin is first string nose tackle. Punter Trenton Gill is ahead of Mackenzie Morgan.

Hockman was named the team’s second-string quarterback; Leary is labeled at third on the depth chart. NC State opens the 2019 season at home against East Carolina.

McKay, who played 14 snaps in a road win at Louisville, also ran for a touchdown in the home win over Georgia State.

A former 3-star recruit from Raleigh, McKay — who hails from Raleigh — picked NC State over scholarship offers from West Virginia, Pittsburgh and Temple.