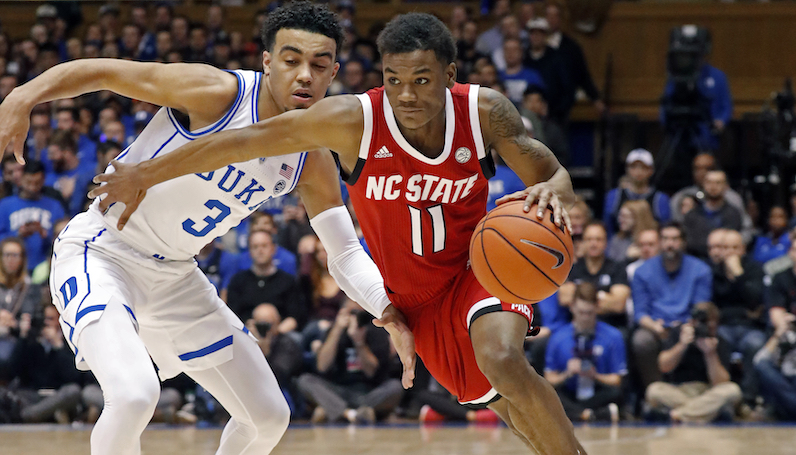 During his four-year career at NC State, Johnson emerged as the most decorated player of the Kevin Keatts era. A three-year starter, Johnson scored 1,163 career points (9.7 points per game) and dished out 607 assists (5.1 per game). While playing for Keatts, though, Johnson averaged 11.6 points and 6.0 assists per game, while shooting 35.6 percent on his 3-point attempts.

As the lead ball handler in Keatts’ offense, Johnson emerged as strong, high-volume pick-and-roll engine in Raleigh. After going through the NBA pre-draft process last year, Johnson returned for his senior season. Johnson’s shot slumped some (46.3 eFG%); however, he still ran an efficient offense as one of the more clever passers in the country.

Over the last two seasons: Markell Johnson: 8.3 assists per 40 minutes, and NC State has scored 1.04 points per possession when Johnson has passed out of the pick-and-roll to a player who has finished the possession. pic.twitter.com/2rw9ZN2aGf

Replacing Johnson at the point guard position — in a pick-and-roll-centric offense — will be a challenge for the Wolfpack. NC State will turn the offense over to freshmen guards Shakeel Moore and Cam Hayes, along with veteran guards Devon Daniels and Braxton Beverly.

Manny Bates Scouting Report: the prototype center, in more ways than one