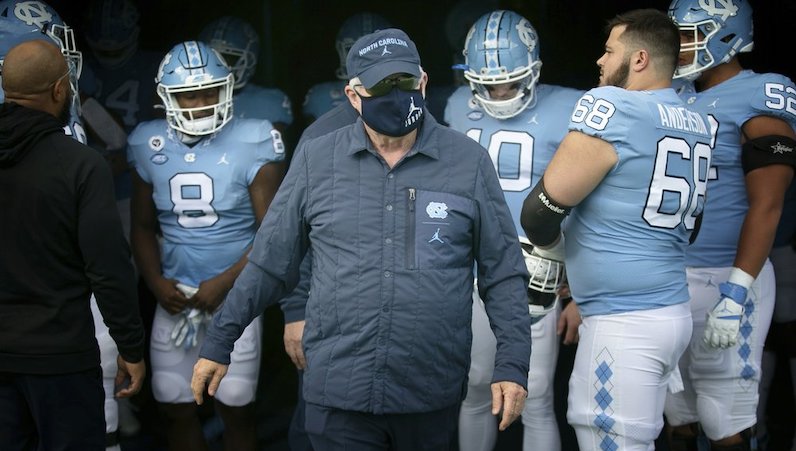 While North Carolina football opened its fall practices for the 2021 season, head coach Mack Brown addressed the media. During the media session, Brown was asked about Texas and Oklahoma beginning the process of leaving the Big 12 for the SEC.

Brown, of course, coached at Texas for over a decade (1998-2013); his time in Austin came in between his two head coaching stints with UNC.

Brown made clear a couple of things:

Here’s Mack Brown on Texas and Oklahoma leaving for the SEC and how UNC sets up in any future alignment. @ACCSports pic.twitter.com/FJHVWRDAno