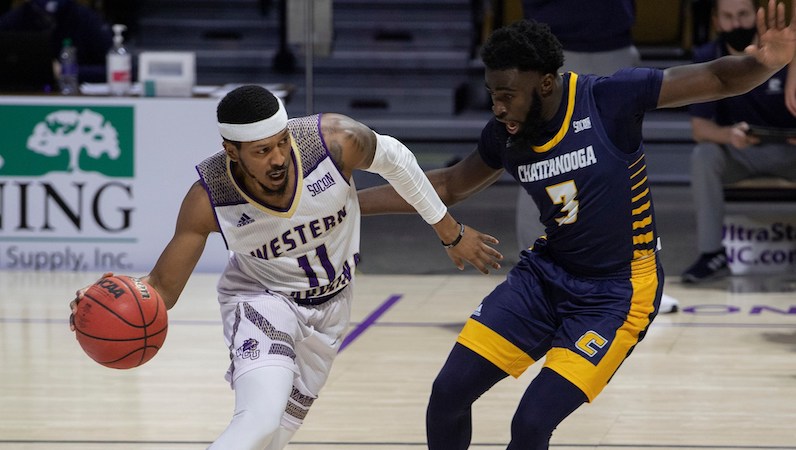 This has been in the works for some bit of time now, but Mason Faulkner is officially a member of the Louisville basketball program.

Faulkner is a transfer point guard from Western Carolina; he put up big numbers while playing for the Catamounts. During the 2020-21 season, Faulkner averaged 16.9 points and 4.8 assists per game. Faulkner shot 35.5 percent on his 3-point attempts this season, too. Over 47 percent of Faulkner’s career field goal attempts have been of the 3-point variety.

After starting his career with Northern Kentucky in the Horizon League (2016-18), Faulkner left to play for Mark Prosser at Western Carolina. Prosser is now the head coach at Winthrop.

Initially, Faulker left Western Carolina in April and committed to Colorado. However, in early August, Faulkner backed out of that commitment; he wanted to be closer to his family in Kentucky.

Faulkner considered going to Buffalo; however, in the end, he picked Louisville. Of course, the Cards just missed on Minnesota transfer point guard Marcus Carr. Texas and new coach Chris Beard were the big winners for Carr, one of the top pick-and-roll guards in the country.

Back in June, Faulker — who has 1,343 career points to his name — had surgery on his ankle. He’s expected to return to the court in August or September.

This has been a busy offseason for Louisville, including a great deal of roster turnover. Faulker looks ready to man the point guard position along with Jarrod West, a veteran who transferred in from Marshall earlier int the offseason.

According to Synergy Sports, Faulker scored 0.81 points per possession (43.5 FG%) as a pick-and-roll ball handler this season.