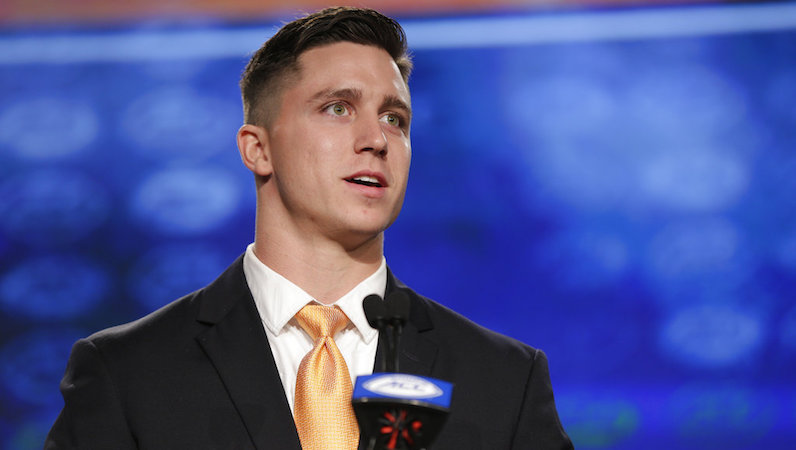 As long as Kurt Benkert stays healthy, it won’t matter too much who the backup quarterback at Virginia is this fall.

But avoiding injury hasn’t been easy for Benkert, who returns as a starter for a second year as a graduate transfer from East Carolina.  So it seemed significant last week when Cavaliers coach Bronco Mendenhall named true freshman Lindell Stone the No. 2 QB before he’d even practiced with the team.

Virginia’s options are limited — Stone and redshirt freshman De’Vonte Cross are really the only choices since Missouri transfer Marvin Zander was denied admission — but it’s significant Mendenhall already chose Stone over a player who has been in the program for a year.

“I’m not surprised at all Lindell has moved up the depth chart as a freshman,” Episcopal High School coach Panos Voulgaris said. “He has excellent leadership skills and raises the level of play around him. He will make those around him better and take coaching well. He’s a tremendously accurate passers-by and has an understated athleticism about him that is really effective.”

He should know. Voulgaris’ Episcopal team faces Stone’s Woodberry Forest each year in one of the nation’s oldest and most intense high school football rivalries. Alumni of the two elite private schools return by the thousands each year for “The Game” and Stone has repeatedly shown his mettle in pressure packed situations.

Last year, he completed 21-of-35 passes for 208 yards and a touchdown against a previously unbeaten Episcopal. He also rushed for two touchdowns against a loaded Maroon defense to lead Woodberry to victory on their season finale.

Stone is in many ways a prodigy who has gotten as much preparation possible for playing big-time college football. He was raised in Southlake, Texas, an affluent Dallas suburb known for producing quarterbacks.

Southlake is the kind of place where kids who show an ability to throw a ball are groomed for college football from a young age. Stone stood out, even amongst that crowd, and had a scholarship offer from UCLA in middle school.

For high school, Stone attended Woodberry Forest outside Charlottesville, where he became the starter during his freshman season. Woodberry has produced a steady stream of players to college programs including Stanford, Notre Dame and North Carolina.  The boarding school offered Stone not only a place to play football at a high level, but a head start on preparing for the academic and social challenges of college.

That’s not to say jumping into the ACC as a true freshman is easy. Stone still has room to improve and the competition will be bigger and faster across the board. Quarterback Matthew Merrick transferred in from Texas this summer, too.

But it’s hard to imagine a player who has been better groomed from a young age. Lindell Stone has received an invitation to establish himself as the Cavaliers quarterback of the future and he’s been well prepared for the role.