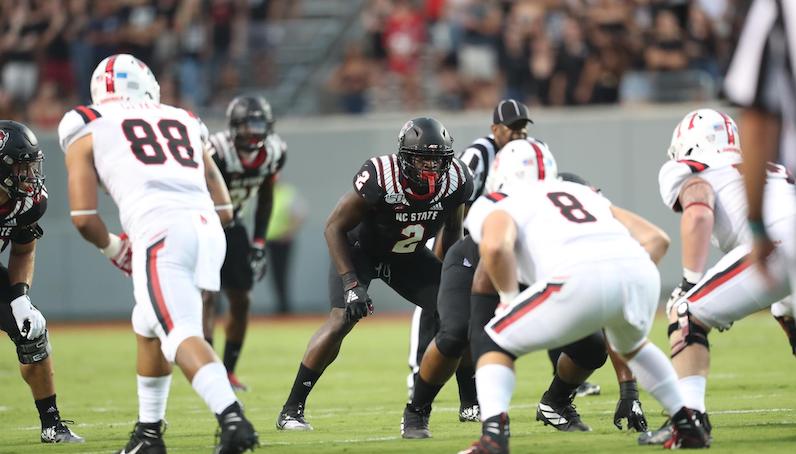 Louis Acceus, a key piece in NC State’s 2017 recruiting class, has retired from football as a player; however, the 5-foot-11, 230-pound linebacker will start his career as a coach.

On Monday, NC State and Acceus announced that — due to medical reasons — he won’t play the 2020 season.

During his three seasons on the field with the Wolfpack, Acceus appeared in 32 games, including nine starts. While playing weak-side linebacker in the 2019 season, Acceus recorded 49 tackles (7 for loss, 4.5 sacks) in eight games. Acceus missed the last four games of the season due to injuries.

Louis Acceus is no longer playing due to a continuation of injuries and is looking to get started as a coach per Doeren.

It’s hard to see any player not be able to play the game he loves so much, but it’s especially hard when it’s a player like Lou who has done everything right and contributed so much to our team. I’m glad that he will continue to be a part of the program as a student coach and even though his journey has taken a different course, I know that he will be successful in life.

The decision from Acceus isn’t the only bit of roster news regarding NC State, though. Senior cornerback Chris Ingram will also miss the 2020 opener against Wake Forest.

Ingram has been sidelined since suffering an injury during last October’s home win over Syracuse.

Pack senior corner Chris Ingram "week-to-week" per head coach Dave Doeren but the returning starter not ready to go for the opener.

Kickoff for NC State and Virginia Tech is set for 8 p.m.