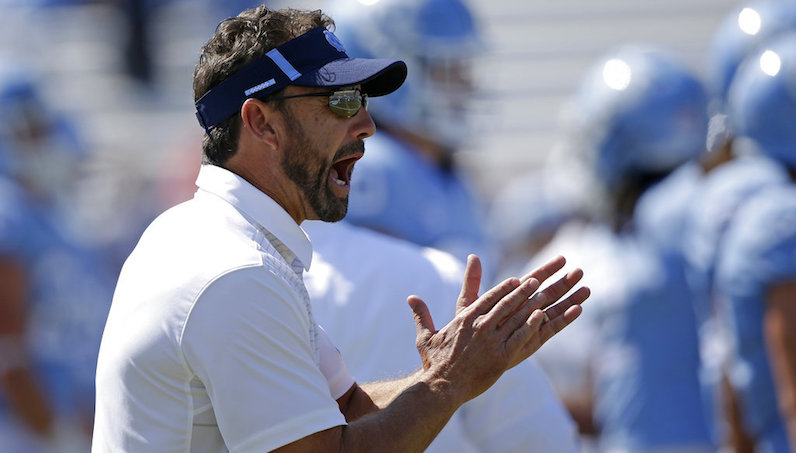 Heading into a critical game with Duke on Saturday, UNC coach Larry Fedora dropped by The David Glenn Show.

Fedora and DG discussed a variety of topics: the rivalry with Duke, North Carolina’s 1-2 record, and Duke coach David Cutlciffe.

“He’s done a great job everywhere he’s been. As an assistant back when he was at Tennessee, that’s when I got to know him in the first place, and have watched him, and respected everything he’s done. I think he’s done an unbelievable job over there. I think he is probably undervalued; he’s just a tremendous football coach.”

Click to listen to the full interview with Larry Fedora

Marty Smith: Dabo has shown with his success that you can do it a different way