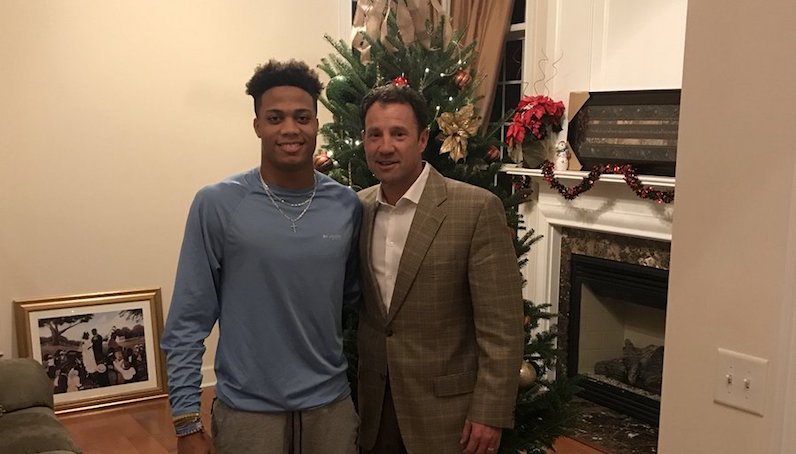 Jordyn Adams committed and signed to UNC football in 2017, but will head to MLB after his first round pick. (Via Twitter)

After being selected in the first round of the 2018 MLB Draft — 17th overall by the Angels — Jordyn Adams decided to pursue a career in professional baseball. This means that Adams, son of North Carolina defensive line coach Deke Adams, would forgo his college eligibility. Adams, a 4-star wide receiver prospect, was signed to play college football and baseball at UNC.

Adams, a denizen of Cary, Carolina, joined the David Glenn Show on Thursday — a few days before heading out to the Arizona League. DG and Adams chatted about his big decisions, advice from his father and what the next few months will entail.

Click to listen to the full interview with Jordyn Adams

Mike Fox: “The game is changing. If you don’t change with it, I think you’re missing out.”