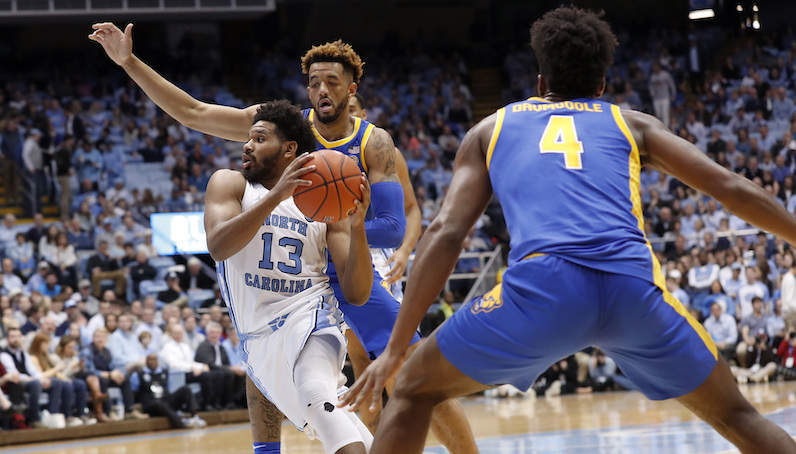 North Carolina guard Jeremiah Francis (13) drives to the basket against Pittsburgh during the first half of an NCAA college basketball game in Chapel Hill, N.C., Wednesday, Jan. 8, 2020. (AP Photo/Gerry Broome)

North Carolina continues to deal with serious injuries issues in its backcourt; before Saturday’s matchup with Clemson, the team announced that Jeremiah Francis will not play, due to left knee soreness. As UNC noted, this is the same knee that caused Francis to miss extend portions of his high school career, too.

In the absence of Francis, who has started the last three games, Leaky Black will start at point guard. Francis has struggled with his shot (26.1 eFG%) and battled turnovers (24.8 TOV%); however, he provided some ball-handling stability to UNC’s rotation without Cole Anthony.

North Carolina, of course, has never lost to Clemson in Chapel Hill: 59-0.