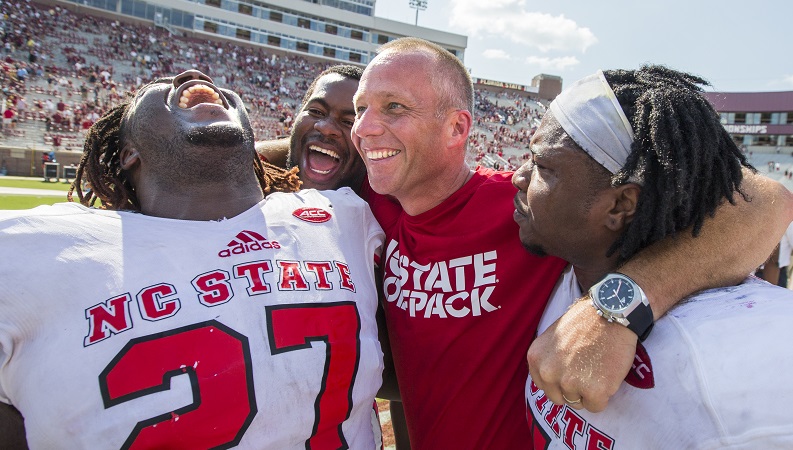 Those 10 commitments hail from two states: North Carolina and Georgia. The class, which ranks 29th nationally according to 247 Sports, features seven in-state commitments; the other three, including Harris, are from Georgia. It’s the clear: the Pack’s prioritizing recruiting local.

Jakeen Harris visited NC State and UNC over the weekend before committing to the Wolfpack on Tuesday night.

Harris and 3-star offensive guard Dylan McMahon both play prep ball in Savannah. NC State is now one of five ACC teams with at least 10 2019 commitments.

According to Backing The Pack, Harris recorded 100-plus tackles and snagged five interceptions as a junior in 2017.